New YorkThe “21 Questions” column is back with an eye on New York creatives. Magda Sawon is the co-founder, with her husband, Tamás Banovich, of Postmastersa contemporary art gallery that opened in the East Village in 1984 and moved to Soho in 1989, Chelsea in 1998 and, finally, Tribeca in 2013. Last month, the gallery announced that it closing his space after a dispute with the owner and will move on to mounting nomadic exhibitions.

What’s hanging above your couch?
What is most important to me is what is in front of my couch because the couch is the perfect place to sit and watch something – and it’s a sculpture of Luke Murphy. He gave us what I would call an electronic fireplace. It’s made of vintage LEDs, and it runs a program of digital and pixel patterns in it, which never repeat. It’s fascinating.

What was the first job you had in New York?
I came to New York in 1981 and got a job at Bendel’s selling shoes. At the time it was a very high end store – better than Barneys. Jackie Onassis and Cher were there for shopping and lots of women engaged in the art world. One of my regulars was Estelle Schwartz, who ran an art program for women through the New School. Because my schedule was flexible, I joined the program, and that’s how I got a behind-the-scenes look at the art world and galleries.

What color are you always drawn to?
From blue, from the super extreme navy blue of Diana Vreeland to the blue Yves Klein passing through a cloud where the whiteness is touched by a tiny amount of pigment. My favourite film is Blue, by Derek Jarmanwhich is only blue for 60 minutes.

What art or artifact are you most surprised to own?
I have a 19th century mirror with a very worked and ornate frame. This surprised me because I am attracted to super contemporary objects that reflect our times and the culture of the moment in which we live. And yet I like to see myself in a baroque mirror. It was given to us by the mother of my husband Tamás, who lives in Budapest and has a house full of treasures. The mirror is the one she decided to part with.

Which New Yorker would you like to date?
John Cameron Mitchell. I am of age Hedwig and the Angry Thumb fan. I’ve seen it on Broadway seven times, most recently starring Neil Patrick Harris. I just think Mitchell is an amazing and talented being and had a progressive attitude on gender and sexuality early on. It probably wouldn’t be impossible for me to make two or three phone calls and say, “Oh, I need to meet him!” and enter his circle from my circle, but I never did. You know, let him stay in that kind of realm of mystery and hope and fantasy.

What’s the last thing you did with your hands?
I learned a new skill to assemble boxes in which our 38 years of archives go. It’s a simple job, and with my lack of manual skill, I could handle it.

Is there something you have multiple versions of?
It would be Margiela Tabi shoes. My shoe fetish developed during my first job at Bendel’s. They are in various cycles of wear to death. I have seven or eight functional pairs – a few boots and ballet flats in every possible color – and maybe eight or ten that have been thrown away.

Which museum in New York do you always go to?
It’s a complete cliche: the Met. The encyclopedic nature of the museum allows you to choose what you see depending on the mood, time and context you want. The last time I went there was to see Charles Raythen afterwards, we went through the Greek and Roman sculptures, which became this specific and interesting context for the sculptures of Charles. It’s important to go back and see where certain things came from. There is an extraordinary amount of amnesia running through the art world.

What do you always have next to your computer?
EVERYTHING, in caps: my hard drive, my phone, my second computer, lots of paper, cookies. I don’t have that kind of Mary Boone office where there’s a clean table with three pencils. That wouldn’t describe my workspace.

Where is the best view in town?
Tamás and I have a motorbike, and my favorite view is when we come back to Manhattan from the Brooklyn Bridge, preferably in the late afternoon, at the magic hour when it is still daylight and sunset is not over. not yet slept.

What building or object do you want to redraw each time you see it?
Hudson shipyards. It’s just atrocious what passes for architecture in this real estate monstrosity that has been created there. And I would extend my irritation to Thomas Heatherwick’s ‘gift’ to the world, which is the horrible”chawarma” something that is not even open anymore. This sculptor-architect who seems to be the favorite of city real estate dwellers who want to leave their mark is an absolute mystery to me. I don’t know how I would redraw it. It is beyond a surface effort. It should be razed to build anything else on it. Maybe there would be a way to turn it into a park.

What is one thing you would change in your field?
My hope would always be that there is more curiosity and less speculation in the perception, reception and acquisition of art. Galleries are commercial; everything we do is supported by selling art. But the first thing we think of is not the purely transactional component of art. We really assess how a work of art reflects time, how it is at the start of a movement or trend, and in the context of what is happening. My motto is relevance to the time of the work, that something shown now would not be possible years ago. This is the MO for postmasters. We have a great record of discovering works that end up gaining acceptance, but at that level the support is weak because it’s not yet fully understood and it’s unfamiliar to people who are acquiring art. We want the art market to accept that there are more than paintings on the walls; there are amazing digital practices and new media that are truly relevant to our times.

If you could live anywhere in New York, where would it be?
Downtown, where we currently live. I’ve spent my life downtown – I’ve never lived above 21st Street – and love the variety, walkability and diversity of people who live here.

What would you do in reserve if it ceased to be produced?
I pray to the god of fashion that Tabi shoes are not abandoned. But that’s a facetious answer. The power of the human mind is adaptability and flexibility, so forget the shoes! You know, we had this gallery for 38 years, and it all started on an IBM Selectric typewriter. Then I had someone build a computer in an aluminum box, which was, let’s put it that way, incredibly user-unfriendly. Then the fax arrived, then the Internet. I subscribe to the idea of ​​accommodating the next thing technologically and intellectually, more than clinging to an idea of, Oh my God, we stopped making neon bulbs. Everything is changing and you have to adapt to what happens next.

What do you do to get out of a creative rut?
I watch tennis. There are a lot of changes, and during those times I go back to what’s in my brain and try to solve problems. Then I wait for the next game and start again.

Where was your first apartment in New York and how much was the rent?
Right after my arrival, I was staying with a friend on Waverly Place in this kind of studio loft which was huge. She was subletting it, and I’m guessing it was maybe $2,000 a month. Then I met Tamás and lived with him in his house, which was in a basement on 21st Street that he shared with a friend. There was a garden behind, and I think we paid $1,000 to a friend who rented the place.

Where in the city do you go to be alone?
I will have lunch or dinner alone. I appreciate this solitude. I have my phone and my book and create an antisocial cocoon around me

What’s the worst career advice you’ve ever received?
The manager of the building where the gallery is located told me, “With all due respect, I think the work you are showing does not support the gallery. You are really bad at business. He hinted that we should do all the good business stuff and show stuff that sells, rather than show the crazy stuff. It was well-meaning advice, but at the same time, it’s advice I could have given myself 30 years ago! We are very into difficult art and probably smart enough to select art that the market would accept much more easily, but with all my respectit is not my interest.

What have you given someone that you wish you could get back?
Nothing. I am very generous and happy to give things away. I don’t have a huge attachment to objects.

What is your favorite restaurant in NYC and do you order regularly?
We often go to Marumi in Plaza de la Guardia. I always order a seafood salad, which comes on a bed of lettuce with a mystery dressing. I can’t crack the code of what’s in the bandage. I have tried to recreate it many times and can never match it. So I go and I have one over there.

What descriptive phrase do you want on your obituary?
“She was always too soon.” Whether it’s a positive or a negative thing, in the end, it describes my journey. The Top Luxury Apartments Farmington Hills Has To Offer 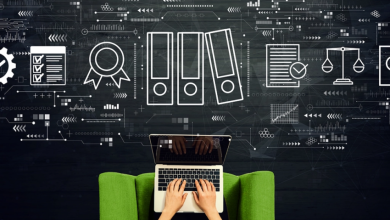