Yes, maybe there is light at the end of the tunnel, but as the pessimist in me would say, the light comes from an approaching train. If there is a “there, there” and an ending to be given, we can only be aware that there will surely be another “dropping shoe” on all of our heads. There’s no letting up when it comes to the insatiable need to overregulate business enterprises in the city of Los Angeles, and in this case, a good crisis isn’t a crisis to waste. Already, as a report from the Los Angeles Department of Housing on the end of the moratoriums indicated, if there is to be an eventual end to the moratoriums, then to appease tenant voters, a “win-win” situation will occur, where there will be far more to give than received by the city’s rental housing providers. Surprised? Mom always told me “be careful what you wish for”.

So here we are well past two and a half years of moratoriums on evictions for nonpayment and various lease violations, and meanwhile bans on rent increases as inflation soared to more than 9 % for some months and that the price of gasoline had capped-out at $7 to $8 per gallon at one point. And, finally, here is the City of Los Angeles now willing to discuss just the “possibility” of ending its moratoriums we call “moratoriums” by the end of the year, plus a year beyond that to repay rents due in arrears and an additional year without a rent increase… one year until December 31, 2023! Well, it doesn’t just make me sick!

How can an elected body like the City of Los Angeles (cross out “c” in “city” and replace it with “sh” if you ask me) think that a business of any type or size could survive in conditions where no tools are available? allowed to collect income and no allowance is made to increase income during any period, much less at a time when there is hyperinflation. How can a city council, knowing everything we know today after more than two and a half years and with vaccines and treatments and with employers begging workers to come to work, stand there with a straight face and carry on to declare that a “state of emergency” continues to exist in the city of Los Angeles? This makes no rational sense and borders on madness! It makes me wonder how these myopic adults elected to the city council were raised – mom had to change them in high school and college because they apparently feel the need to keep all the tenants there. I guess it’s modeling the parenting skills they grew up with. They’re a bunch of “tenant babysitters” because they apparently don’t feel that as adults, tenants can fend for themselves and deal with the complexities of a written lease agreement. . Ugh!

So what has been the result of all these last two years and what does it hold for us as we wait for the end of 2023? Well, it’s clear that the city’s rental housing providers have been hit terribly and will continue to suffer the longer this “moratorium” continues. Some may simply not be able to hold out any longer, or lack the means (because they have liquidated savings or charged credit cards to survive) to pursue debt collection from unscrupulous tenants. who have “played” the system by not paying the rent for months or even years. How can anyone still say today that they have been and still are affected by COVID (exceptions made for the elderly, immunocompromised and a few others) – I mean, why haven’t- Didn’t they try to find a job to pay their rent? Perhaps some have secured new jobs in this burgeoning “seller’s market” for workers willing to work, but still haven’t felt the need to pay their rent due to the protections they have put in place. square?

The consequences of moratoriums on evictions and rent increases have not only hurt landlords financially, but stress levels have increased enormously as landlords have had to deal with “bad actor” tenants with no recourse available other than to to accept a nuisance or a continuing lease. scoundrel. Housing providers cannot endure this continued lack of rent collection and increases during this time of unprecedented inflation much longer. I hear from you and am saddened that many of us are now looking for the exit ramp from this rental housing business. Some conspiracy theorists might say that this whole plan, this “moratorium,” has been a backdoor way by which the government, in this case the city of Los Angeles, can simply take control of private property. However, unfortunately for the city of Los Angeles, it is broke, which is why it continues to raise service charges and taxes while not allowing rental property owners to raise rent. You see, what’s good for the goose here isn’t good for the gander.

Unfortunately, as I had mentioned, waiting for the finality of the so-called “temporary” emergency measures without a new taking of our “flesh and blood” is not going to happen. No way, no how are we going to be released “scot free”. Already recommended by the Los Angeles Department of Housing in a report that must first be reviewed and discussed by two City of Los Angeles committees before being followed up by the City Council, there’s a whole convoluted list of protections additional benefits for tenants, including “just cause” eviction protections that will apply to rental units that are not currently subject to the city’s rent stabilization ordinance. This is our “quid pro quo” for be released under a “moratorium”.

All of this expansion of “justified” eviction regulations may just mean that not only new multifamily properties subject to state tenant protections or even exempt from any protections will be subject to a long list of complicated eviction regulations. Additionally, owners of single-family homes and condominiums who rent these homes may also fall victim to these tenant protections and may have to pay for the pleasure of moving into their own homes in an extortion scheme called ” resettlement payments!” If There’s Any Property or Business That’s Unregulated, Let’s Regulate It, Los Angeles City Council Says.

It’s just sad that the city council apparently can’t help but listen to the mad desires of vocal tenant organizations who argue that housing is a right on par with free speech and that housing should be provided free of charge . Yes, and I’d rather not have to pay my mortgage and property taxes, among other things. Apparently the city council believes in private welfare and treats tenants like children without imposing responsibility to uphold a signed contract, which I find very sad. Yet, throughout this time, some or perhaps many of you have been defrauded to varying degrees by “bad actor” renters who have used COVID protections to your advantage. I read the stories and in some cases saw firsthand evidence of tenants who had gone for months or even years without paying rent as they bought new cars, went to work every day, took vacations and, in some cases, even bought their own properties. The utter injustice and lack of respect the Los Angeles City Council has for housing providers is beyond disgusting. With the exception of John Lee, in my opinion, they have all acted like a bunch of pigs as they have been eating our properties for over two years.

So the next time a bylaw is needed to help tenants with child care, how about pitching my idea. It is very simple. One way to keep tenants housed and safe from eviction is for tenants to pay their rent on time and abide by the terms of their tenancy agreement. And, for tenants who may be struggling to pay their rent: (1) they can move to more affordable housing, or (2) apply for housing assistance or Section 8 vouchers. It can’t be more easy than that. Yet the Los Angeles City Council just doesn’t get it. 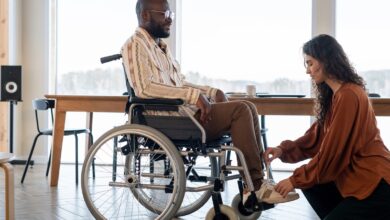 What is the ADA and What Does it Mean for Renters? 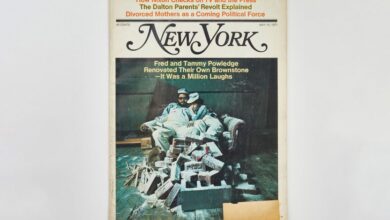 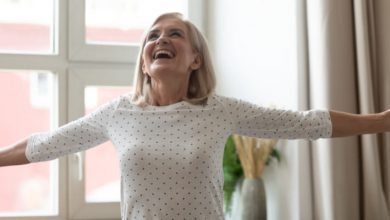 The Ultimate Guide for Senior Renters 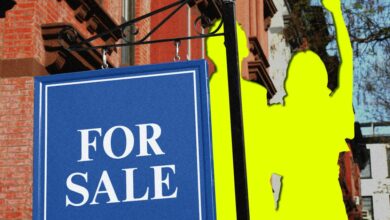