Once a district of warehouses and train stations, the Pearl District (or simply “The Pearl”) is now a thriving community of art galleries, upscale businesses, and trendy pubs and restaurants. The neighborhood attracts young professionals and urban families looking to live in the heart of Portland.

Despite the towering apartment complexes and warehouses, The Pearl is also home to green spaces such as The Fields Park, Tanner Springs Park, and Jamison Square. Whether it’s a rainy Pacific Northwest afternoon or a sunny summer day in Portland, you can find respite in the galleries and boutiques that give the Pearl District its unique flavor. .

Where is The Pearl District? 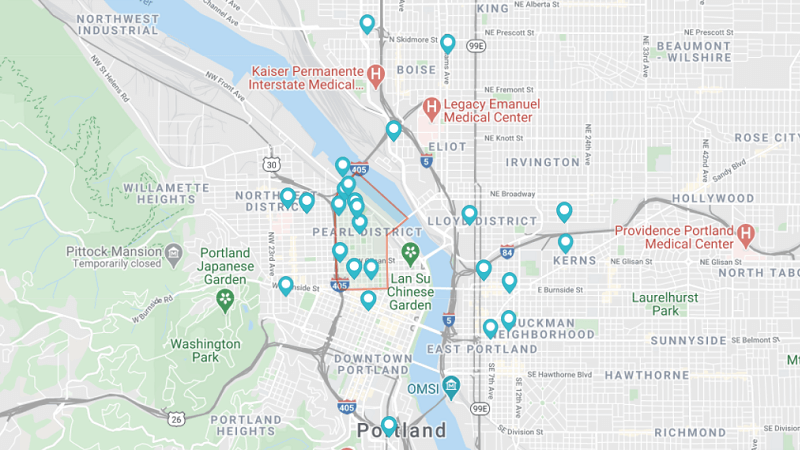 The history of the Pearl District is open to debate. Some accounts say the name comes from an oyster canning factory set among crumbling warehouses. Others say Chinese sailors hid a pear treasure trove under Twelfth Street. The most reliable story goes that a local gallery owner gave the neighborhood his name after suggesting that the warehouse district buildings were old oysters and the galleries were like pearls.

During the 1800s, The Pearl was a neighborhood for blue-collar lumber workers. The area was ideally located along the marshalling yards to provide a thriving economic hub for the city.

In the 20th century, the timber and railroad industries were in decline and residents began to leave the area. Today, the Pearl has grown from an abandoned and dilapidated collection of warehouses and buildings to a legend of the urban renaissance.

The Pearl District offers a vibrant metropolitan lifestyle with some of the city’s best dining and events going on. Galleries and shops open their doors on the first Thursdays in a long time to browse the artwork, indulge in a happy hour, and sample wines.

Shopping is a favorite pastime around The Pearl with national brands and quirky local boutiques attracting locals and newcomers alike. Powell’s iconic City of Books is one of the largest independent bookstores in the country and includes an on-site cafe. It’s also a destination for gifts and greeting cards that capture the independent Portland vibe. 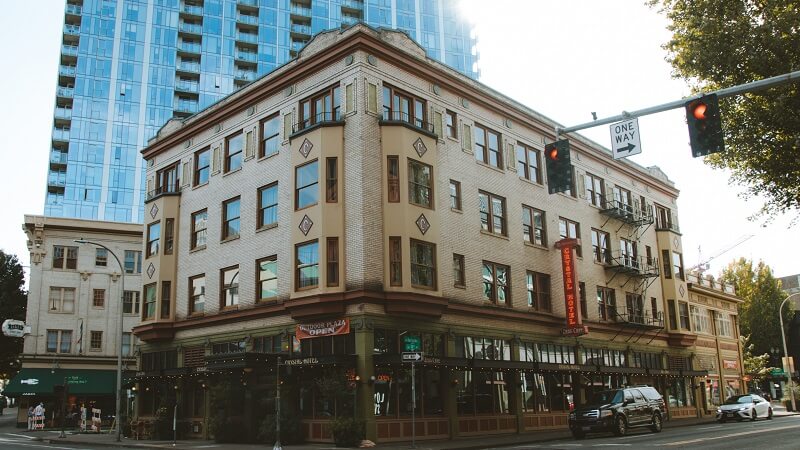 The arts and culture of the Pearl District are also an experience to be savored. The area is home to the Portland Central Stage at the Armory, Lovejoy Columns, and the Living Room Theater. Also of note, the Blue Sky Gallery focuses on local and international artists in the historic DeSoto building. Charles A. Hartman Fine Art offers exhibitions of contemporary and modern art year round.

Locals will tell you that some of Portland’s best restaurants can be found in the Pearl District. Carlita was one of the first champions of Mexican gastronomy in the modernized Pearl district. The chic restaurant rivals Manhattan and offers tacos, cocktails, and happy hours.

La Via Delizia serves fresh pasta and pizza as well as Italian-style espresso in the morning. For dessert, the homemade ice cream delights visitors looking for authentic Italian flavors.

On weekends, kids and adults alike indulge in one of the area’s oldest ice cream parlors at Cool Moon Ice Cream. The shop attracts visitors to troll to nearby Jameson Park in search of classic and unique flavors like Thai iced tea.

Andina was among the first to serve innovative quinoa dishes and flavors from the owners’ hometown in Peru. The Mediterranean Exploration Company is the perfect place for roast meat accompanied by seasoned potatoes and dates.

For drinks, Rogue Ales Pearl Public House is one of the neighborhood’s original breweries. It also has a unique history as the state’s first operating rum distillery since the ban. Two Wrongs serves cupcakes and craft cocktails in a trendy space with premium whiskeys and spirits.

Moving to the Pearl District

The Pearl District is among the most expensive neighborhoods to live in in Portland. Its many amenities, shops and lifestyle make it a popular choice among young professionals and city dwellers. Expect to pay an average of $ 1,792 on apartment rentals in the Pearl, which is higher than the average rent of $ 1,484 in the rest of the city. 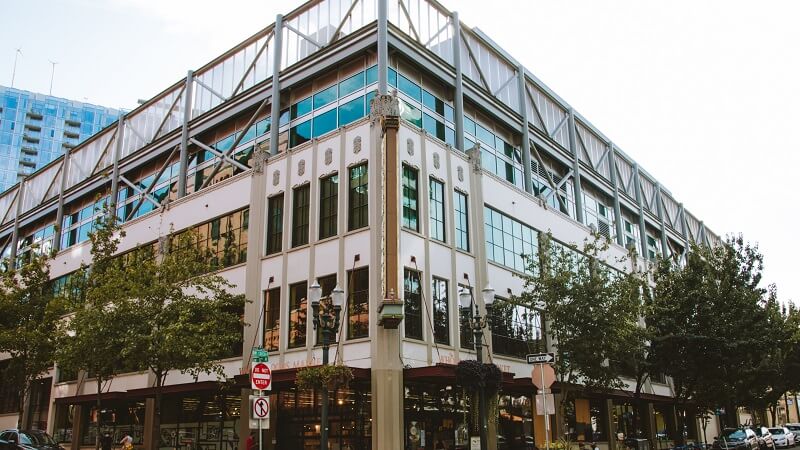 Development around the Pearl District is booming. Upcoming projects include a 250-foot residential tower for a hotel and apartment complex. As more surface parking spaces are used for further development, residents will have to rely on Lyft, Uber, and public transit options to get in and out of the neighborhood.

The Pearl District is also known as one of the most walkable neighborhoods in Portland with a score of 97 steps. It’s easy to walk around the area and local attractions such as Powell’s City of Books and The Fields Park.

The Pearl District attracts young professionals who move up their path in their careers. However, it is also suitable for families with attractions such as The Fields Park and Tanner Springs. Families send their children to nearby public schools or choose private options. Portland Community College Downtown Center, Portland State University, and Oregon State University are also a short drive.

The Pearl District is a major shopping destination with salvaged warehouses turned into boutiques and galleries. Retail and restaurant jobs are common, even if you are close to the rest of the city’s labor market in high tech, manufacturing, athletics, healthcare, and commerce. wholesale. 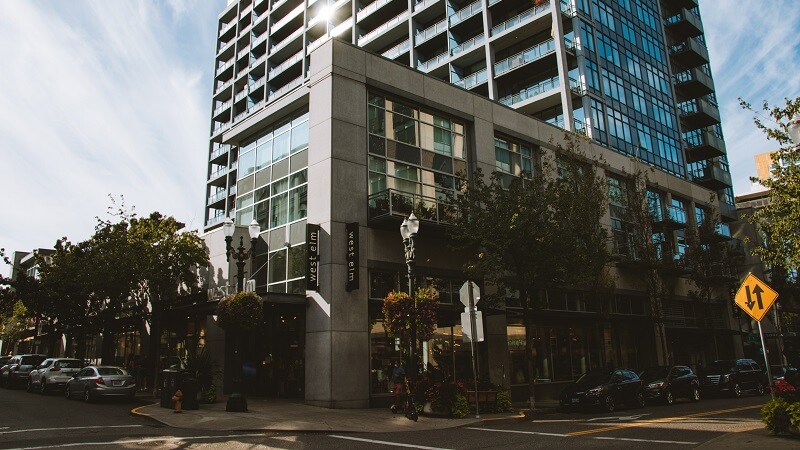 La Perle is also home to companies in finance, real estate, software and advertising. Beyond The Pearl, you can walk or bike to downtown Portland’s hotel industry or travel to the rest of the city by TriMet or Portland Streetcar.

Ready to live in one of Portland’s hippest neighborhoods? Start exploring the shops, restaurants and pubs for the best of city life in the Pearl District.

A Guide to NYC Movers: Pros, Cons, and Who to Hire 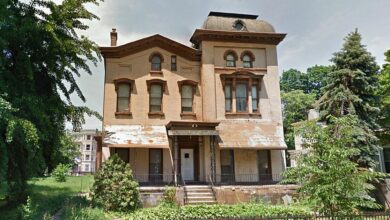 The United Order of Tents Might Lose Its Bed-Stuy House 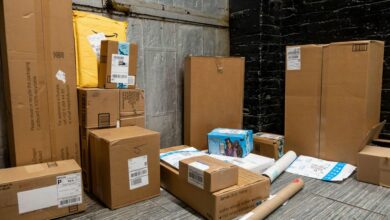