Living in any area with severe cold snaps in the winter, you’ll want to learn how to prevent pipes from freezing. Some houses have pipes located in such a way that none of the pipes are in danger, but others are structured with bare pipes near the exterior walls. You’ll need to choose the best pipe insulation to prevent freezing and cracking, two outcomes that can make it impossible to use your home’s water supply and can lead to flooding and significant water damage. Here’s how to avoid that outcome and keep your plumbing intact.


What you will find in this guide:


At what temperature do pipes freeze?

Because the insulation is at least somewhat close to your house and the fact that the water in the pipes moves when you turn on a faucet, most pipes don’t freeze above 20℉. Although we know that 32 degrees is the temperature at which water freezes, pipes are often too close to a heat source to freeze as soon as the weather reaches that point. This is not a hard and fast rule as there is more standard insulation on pipes in areas where this temperature occurs frequently. A very severe cold snap in a typically temperate area could cause pipes to freeze or burst at a slightly higher temperature.

How long does it take for pipes to freeze and burst?

The time it takes to freeze pipes or other parts of the plumbing system will vary depending on the amount of insulation present, how quickly the outside temperature drops, and whether water in the pipe is flowing through a leaky faucet. One study found that pipes can freeze in two hours and 20 minutes under the conditions they studied, and bursting occurs fairly quickly after the pipe freezes. The important point to know is that for pipes in a house that are most vulnerable to freezing, it can happen before you wake up after a night’s sleep, as nighttime is usually the time when temperatures are reached. lower temperatures.

How to prevent pipes from freezing:

Preventing pipes from freezing is the best way to handle the problem of frozen pipes, as you prevent costly damage to your plumbing system with a freeze-proof water pipe. Fortunately, these solutions are relatively inexpensive and simply require knowledge of your system.

If you have building plans, this process may be easier, but one way to start is to look in garages, basements, or anywhere else your home isn’t heated. Follow any visible pipes to see which areas are most vulnerable – A good day to test is a cold day when you can use a temperature sensor to see which areas expose your pipes to simpler temperatures than outside.

Step 2 – Buy pipe wrap insulation or pipe rods, or both.

Depending on the hot or cold water pipes you are insulating, as well as the number of bends and joints they have, you can choose the best pipe insulation to prevent freezing. Insulated Rigid Tubes are thick pieces of fairly stiff insulation that can simply slide over the pipe, while surround insulation works well for complex pipe joints that would not work with rigid pipe. Other options, like cotton instead of fiberglass either insulated bagsThey are also worth considering as candidates for the best pipe insulation to prevent freezing in your home.

Step 3: Install according to package instructions.

Follow the guidelines on the package and focus on covering each part of the pipe without preventing the plumber from being able to access the pipe in the future if needed. If freezing temperatures are reached, you’ll also want to make sure the insulation is well secured with duct tape or other secure tape.

Sometimes even well-installed winterized pipe insulation can come undone and need to be replaced or repaired. Periodically check to see if the wrap insulation has fallen off or if the safety tape has come off and allowed the rigid foam insulation to fall off the pipe.

Beyond choosing the best pipe insulation to prevent freezing, leaving faucets running at a slow drip will prevent water from standing still, reducing the chance of freezing. Sometimes you can also prevent frozen pipes by keeping air circulating, such as opening cabinets to let in air from the rest of the house or using a heater near where you know outside plumbing pipes are prone to freezing .

How to thaw frozen pipes:

Follow two key principles when thawing your pipes. You want to thaw gradually first, as rushing could cause more thermal shock and still lead to a rupture in the pipes. Second, you want to work backwards from the faucet or other outlet, as that unfreezes the area of ​​the pipe that can then come out of the faucet; starting from the middle of the pipe puts more pressure on the pipe as more water pushes against the frozen section.

Start by noticing that a faucet or other water outlet flows slowly or not at all. Start by opening cabinet doors or warming up the house; If you know the pipe in question is behind a wall, you can aim a space heater at that area to gently warm it. For frozen pipes that are exposed in a drafty area, such as a basement, you can use a hair dryer from a safe distance to gently heat the pipe, starting at the faucet and working your way down the pipe. Torches or other high intensity heads are not recommended. Keep the faucet running so you can see when the water runs full again, an indication that the pipe has thawed.

What to do if you discover broken pipes:

On rare occasions, you may find a broken pipe and be able to turn off the water and handle it yourself, but in most cases, a broken water pipe will be cause to call in a professional. You should know how to turn off your home’s water supply, as doing so will minimize the amount of water that can come out of the broken pipe and damage your property.

Once it is off, locate the source of the water and, if it is possible to do so safely, begin to absorb or dry the water. If the water is near the electrical systems at this point, consider turning off the main breaker until you are sure it is safe to have electricity.

Call a professional plumber to diagnose the damage and decide whether or not to proceed with repairs as part of an insurance claim. While you wait for your emergency visit to the plumber, you can document the damage and what you’ve seen through photographs, which may be necessary if the damage is extensive enough to bring your insurer through a home insurance claim.

Preventing frozen pipes is the best strategy to avoid damage and costs, as the best pipe insulation to prevent freezing is relatively easy to install and other strategies, such as opening cabinet doors and leaving faucets on late at night. cold, they are easy to implement. If you find a frozen pipe, you’ll need to heat it slowly from the faucet, and if you have a broken pipe, you’ll want to turn off the water in the house and call a professional as soon as possible. However, learning how to prevent frozen pipes will save you a lot of trouble.

Frozen pipes don’t always burst, if expanding ice can force water out through an open faucet. However, pipes freeze quite quickly, so the time between freezing and bursting can be very short.

What to do with pipes in subzero temperatures?

Wrapping uninsulated pipes with pipe insulation is the first step in preventing pipes from freezing. Next, keep your home warm enough for these pipes to stay above freezing.

How to prevent pipes from freezing without heat?

If you don’t have heat from your central oven on a cold night, keep cabinet doors open, leave all faucets open to let water drip, and if you can, put a Heater low near any pipes that are in the exterior walls. 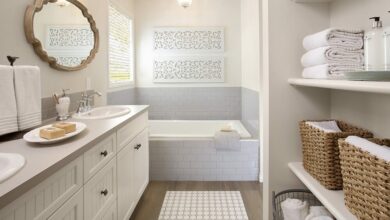 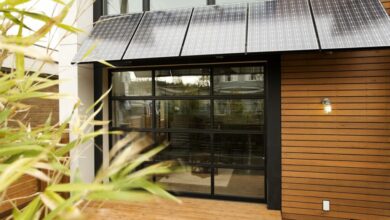 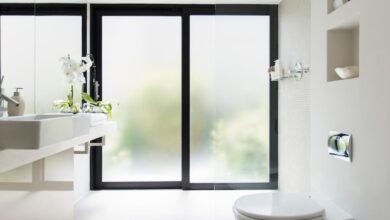 What to Do About a Clogged Toilet, Sink & Other Common Plumbing Issues

How to Remove Paint From Concrete in 7 Steps