This week, the United Nations released a new report on climate change warning us that we are locked into a much hotter future. The report calls it a “code red for humanity”, with global temperatures likely to rise 1.5 degrees over the next two decades, causing even more extreme weather events. When I logged into Twitter, I was struck by dozens of panicked tweets in response to the report – a deluge of horror and despair. I could relate.

A few years ago, I had a nervous breakdown because of, among other things, the dark future of our planet. I started crying every day on the subway, feeling utterly helpless and puzzled as to how to mourn a loss of this magnitude.
But over the past couple of years, a very important new relationship has acted as an invaluable balm on my climate anxiety – my relationship with the Earth itself.

It can be difficult to love nature in New York. When I moved here seven years ago, I realized that many New Yorkers are… disconnected from the natural world, to put it mildly. Like the time my stepdad, originally from Queens, sent the family focus group a photo of “a chicken in the Bronx!” and everyone was impressed. It wasn’t a chicken. It was a night heron – which looks nothing like a chicken.

I can’t blame them. I’m from northern California where a scenic beach or mountain top is often just a 20 minute drive away. In college, I literally walked through a redwood forest on my way to class every morning. By comparison, the natural world of New York City seemed so sparse and underwhelming. For years, I never bothered to learn which scruffy tree stood outside my window.

Then I had a breakdown. My sanity was so fragile that I quit my job and started spending entire days wandering the streets, lying on the grass in Bryant Park and circling around Bed-Stuy. And now that I’ve had the time to notice it, it occurred to me that nature in New York City isn’t as sparse as I thought it was. I used the PictureThis plant identification app to scan for weeds that I saw and bought books on Northeastern Medicinal Plants, and quickly began to recognize that the leaves sticking out of the sidewalks were edible broadleaf plantain, burdock, purple nettle. In California, I had picked lemons every night from the tree in my backyard, but it wasn’t that different in New York once I started paying attention. Although it was not safe to eat plants on city street corners because of the lead and other chemicals that could be in the soil, Forest park in Queens, just 15 minutes from my house, I found a bounty – blackberries, blackberries, spices and cherries. Even the dreary New York winters I had always dreaded seemed less barren when I found delicious wood-eared mushrooms for stir-fries and plucked pine needles for cookies. The city was actually plentiful, if you knew where to look.

Then last year I read Sweet hay braiding, a book of ecological essays by Native American botanist Robin Wall Kimmerer. She writes that it is not enough to simply enjoy nature or mourn over the destruction of the environment. “We have to put our hands in the dirt to pull ourselves together. Even a wounded world feeds us. Even a wounded world holds us together, giving us moments of wonder and joy. I choose joy over despair. Not because my head is in the sand, but because joy is what the earth gives me daily and I must return the gift. Wall Kimmerer renders the gift with her research and writing, but she also does so in a direct and tangible way. When she harvests a basket of wild leeks, she thanks Earth, offers an Anishinaabe spiritual gift of tobacco, or pulls up some weeds to allow native plants to thrive.

I was grateful to Earth for allaying some of my mental anguish with gifts of sweet blackberries and candied violets. But I wanted a two-way relationship with the trees and bushes I had harvested. I began to learn about New York City’s worst invasive species – plants that immigrants imported from Europe or Asia that have no natural competitors to overpower them. They cut down native trees, destroy animal habitats and can even flat tangles of vines. I read, for example, that English ivy was an invasive plant that could kill trees, so one gray spring morning in Prospect Park I pulled a few out – then quickly got a rash because of its harmful oils. So I contacted the Forest Park Trust and asked if I could volunteer with an expert. The woman who took my call seemed surprised that I asked to pull the weeds, but she put me in contact with the Super Commissioners.

It turned out that there was a dedicated program for people like me. It all started with the city’s Million Trees program, which – true to its name – aimed to plant a million trees, especially in areas where they were needed most, like Far Rockaway, East Harlem, Hunter’s Point and East New York. The city mobilized hundreds of volunteers and planted the millionth tree in 2016. According to Jason Stein, the Super Steward Volunteer Coordinator, it was then that the Parks Department realized that “the interests of New -Yorkais for environmental management is really strong and constant… I don’t want to lose all that momentum. So she created the Super Stewards program, which trains and organizes an army of volunteers to protect the city’s youngest and most vulnerable trees.

I was amazed to learn how much of an impact the fighting for the trees really has. According to this tree map of New York City, a London plane tree near me saves 2,500 kilowatt hours with its shade, intercepts 6,100 gallons of stormwater (keeping our oceans and rivers free of sewage), and removes four pounds of pollutants and a massive 10,500 tons of carbon dioxide from the air every year. People who live in areas with more trees have better mental health and have lower crime rates and higher land values, while areas with the fewest trees have the highest rates of disease. respiratory. Protecting trees is not altruism. It is a form of self-care.

The Super Stewards gave me a few paths to choose from. Guardians remove invasive species from the city’s shores and marshes. Trail maintenance officials keep the trails clear by walking them regularly to report or resolve any issues, such as erosion. The most popular Super Steward work, the Care Captains, organize the residents of the block to maintain and protect their street trees – as Stein told me, they are “arguably the most accessible form of nature in New York. “, but street trees don’t get much love: they suffer when it doesn’t rain enough and are vulnerable to humans who throw old paint or used cooking oil into their soil. I chose to be a NAVigator, whose task is to eliminate invasive species and sometimes to plant native ones in the forests and parks of the city.

Across town there are around 600 Super Stewards in total, but it’s hard to say how many are currently active. At Forest Park, I’m one of six active Super Stewards – six stewards for 538 acres of land, an area larger than Prospect Park. I never met another Super Steward there.

Benefits of the job include a sick NYC Parks hat and free tools. The hat and a certificate allow me to work undisturbed, even though no one has ever questioned me. I go to Forest Park early in the morning about once a week and work about three hours. Thanks to the training of Stein and two seasoned gardeners from Parks, Irena and Mike, I know how to identify and eliminate several aggressive invasive species, including porcelain berries and bittersweet vines. The gardeners also taught me to identify edible cruciferous mustards; how to find plants that smell of pepper, spices and burnt rubber; how to find some weed to rub on poison ivy rashes – I get a full horticultural education.

Today I’ll text Mike asking if he’s running an interesting native plant restoration project, and if he does, I’ll go help – we could plant native asters or take care of some. a meadow of milkweed while chatting about the drama of the plant world. . Otherwise, I’ll go wherever I like that day – a mugwort patch if I want to relax in the sun, or deeper in the forest if I’m ready to really tackle a few vines. Scouring the thorny multiflora rose to reach stubborn bittersweet roots, then ramming a pickaxe into the earth to pluck them out, can be exhausting. But I find that the work silences all the anxious and sinuous thoughts that cross my mind.

When I’m done, I face the tree I freed from the vines and run my hand over the scars they’ve left in its bark. I marvel at its branches stretching upwards, where they belong, I stroke its trunk and say, “You’re welcome. It’s pretty nice to save a life or two in the morning.

Wall Kimmerer writes: “Despair is paralysis. It deprives us of agency. Environmental despair is poison… catering is a powerful antidote to despair. It certainly has been for me. Stewardship of the city parks has given me edible goodies, fulfilling human relationships, so many grounded mornings and, most importantly, a sense of empowerment. I no longer feel this debilitating helplessness.

One August afternoon, I go to a plot of land in Forest Park where Mike and I had spent a spring half day clearing the vines. It has been a few months since I worked on it, and now that it is summer, a dozen young sassafras have sprouted and are growing fast. It’s in this grove where, for the first time, I don’t feel like I’m living in New York – I feel like I’m part of it. These saplings are green and tender now, but they could very well outlive me – and I’ll do my best to make sure they do. 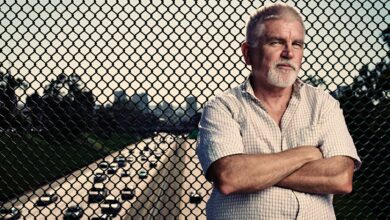 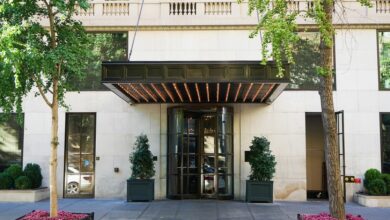 The Gramercy Park Hotel Closes: History of the Landmark 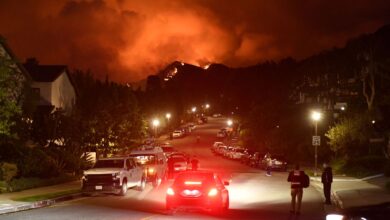