If you’ve considered moving to the Windy City, you’ve probably wondered, “Is it expensive to live in Chicago?”

Find out how much it costs to live in Chicago and how it compares to other major cities.

Several variables must be taken into account to determine the true cost of living in Chicago. While costs fluctuate based on a person’s time and lifestyle, we want to take a look at the average costs Chicago residents can expect:

While there are some of the more obvious costs of living, we’ll cover some of the other expenses to note when considering moving to Chicago.

Although city living usually comes at a price, your money will likely go further in Chicago than in some of the other popular big cities.

Despite its popularity and advantages, Chicago is currently the 47th highest city in the country. This may come as a shock given that Chicago is the third largest metropolis in the United States.

Houston, the fourth most populous city in the United States, has a lower cost of living than Chicago, which is ranked the 51st most expensive city.

If you’re trying to avoid living in cities known for their high cost of living, San Francisco and DC might not be the places for you.

When you’re counting the cost of living in the Windy City, you also want to factor in moving costs. Transitioning cities, especially across the country, can end up costing you more than expected, so it’s crucial not to overlook the potential fees.

There are a few variables to consider if you’re considering moving to the big city of Chicago.

For starters, your moving budget will vary greatly depending on whether you’re moving locally or from another state.

If you’re moving long distances, which is often defined as moving 100 miles or more, you can expect to spend around $2,200 to $5,700 on services unless you have a company that covers those costs. Obviously, the shorter the distance and the fewer items you have to move, the lower your bill will be.

Moving locally is not only less expensive, but there are also often fewer time constraints. You may be able to gather a group of friends and gradually move things around on your own timeline. If you need the help of professional movers, you are looking at spending around $800 and $2,500. Also, keep in mind that if you don’t need a ton of extra assistance, you might want to find movers that charge by the hour. So you’re probably looking at $25 to $50 an hour.

Although transporting items in your own car reduces the extra costs of moving people or renting trucks, keep in mind that you’ll be paying for gas and putting miles on your vehicle. So it’s worth considering what makes the most sense in your scenario.

When you add up the expected moving costs, also don’t forget the materials involved in transporting your belongings. To get your goods from point A to point B safely and conveniently, we suggest you invest in a home depot apartment moving kit. A single kit includes enough boxes, tape, and wrapping paper for one person and a small living space.

Recently it was announced that Chicago’s inflation rate hits its highest level in 40 years. At 9.1, the Windy City hadn’t seen inflation rise that much since 1981.

This cost increase has been felt in many Chicago industries. Prices for gasoline, groceries and housing have risen, and consumers’ pockets are feeling the brunt of this increase.

The real estate market has certainly not been immune to the rate of inflation. It led to slower home sales, higher mortgage rates and higher rents.

If and when you decide to find a new home, it helps to understand where inflation is at that time and how it may affect your rent as well as other living expenses.

Fuel is an important variable to budget for only if you plan to drive in Chicago. So if you’re planning on picking up your car or buying a car in town, you definitely want to get an overview of gas prices in Chicago.

As mentioned above, inflation has taken a hit on gas prices in Chicago and across the country. In mid-June, gasoline prices hit a record high, averaging $5.01 per gallon. Some stations sold gasoline for up to $6.50 a gallon,

While no one wants to see that number at the pumps, the good news is that those prices seem to be dropping. Currently, you can expect to pay around $5.48 per gallon to fill up on gas in the city of Chicago.

That’s even more than Chicagoans are used to paying. So if you’re hesitant about having a car in town, consider what your fuel may be costing you.

Public transit is undoubtedly one of the many advantages of living in Chicago. This system offers many routes and options for getting around, as well as getting in and out of the city without a car. It can save you money on gas, insurance, and parking.

So if you decide not to own a car while living in Chicago, you’ll want to figure out what to budget for public transportation.

While the “L,” Chicago’s rail system, is a fantastic mode of transportation, buses actually trump trains in daily ridership according to the Chicago Transit Authority (CTA).

So how much should you expect to pay for a bus ticket? Well, the answer largely depends on how often you ride. You’ll want to look at the different bus pass options and buy the right one for you given your commute schedule.

Also be sure to check with your company before purchasing a pass. Many employers offer pre-tax or subsidized travel options. Students, seniors, veterans, and other groups also enjoy reduced rates.

The cost of living can escalate quickly, but in comparison, Chicago is certainly not the most expensive city in the market. There are also plenty of ways to cut your costs and spend wisely.

Rather than asking “Is it expensive to live in Chicago?” the better question might be “how do I make my budget work in Chicago?” »

To help you answer this question and find your dream home, contact one of our experienced brokers today or learn more about our process by clicking the button below!

Apartment Management Magazine “Ask Kari” – As it Was Just May, Mold is Surely Here to Stay

What should travel buyers be asking about sustainable accommodation practices? 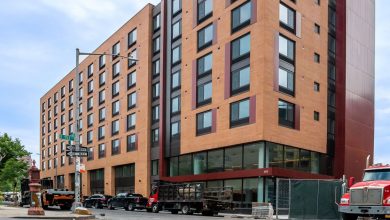 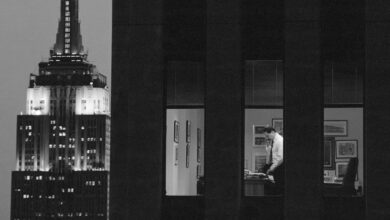 The History of the New York Office