For those who know, Julius’ is already a benchmark. The city’s oldest, still-operating gay bar, with its stucco exterior and permanent scent of sizzling burger grease, still fills up every night. Julius’ (with an apostrophe, please) is “the definitive ‘neighborhood fabric-friendly’ bar”, this magazine wrote — in 1980. By then, Julius was 50 (not all gay) into his comfortable tenure as a pleasantly grizzled, here-and-there fat local. Back then, it was still a place where the doors opened at 8 a.m. for “a few old witches who chug their breakfast gin for free.” These days the doors open at four o’clock (noon on weekends) and there are still a few witches but also twinks exploring the town via ICT Tac among graying facilities, many with rent-stabilized apartments – the Village having grown from gay ghetto at bankers brunch area a long time ago. The whole scene is exceptionally friendly and discreet.

This week, the New York City Landmarks Preservation Commission confirmed what we know, officially designating the bar as a New York landmark following its listing on the National Register of Historic Places in 2016. He joined the nearby Stonewall Inn, which was so honored in 2015. The Commission endorsed Julius ‘not for his burgers or strong drinks but specifically for his role in promoting LGBTQ+ rights, noting that it’ was the site, in 1966, of a peaceful protest known as “Sip-In”. On April 21, three gay men, members of the gay activist organization Mattachine Society (namesake of the parties led by John Cameron Mitchell), protested against State Liquor Authority advice against serving gay people by openly declaring themselves and ordering drinks in front of a journalist and photographer. A Time story the next was titled “3 Deviants Invite Exclusion by Bars”, and it was noted that the “deviants” actually had to visit a few places before they found one that refused them. The restaurant in the Ukrainian-American village in St. Mark’s Square, which displayed a sign reading “IF YOU ARE GAY, PLEASE LEAVE”, was sadly closed; the manager of Howard Johnson’s on Sixth Avenue, reputed to be a pick-up, does not hesitate to bring them three bourbons. (“I drink,” he told the reporter, “and who’s to say whether I’m gay or not.”) With this designation, the Sip-In is officially inscribed in municipal civil rights history. Technically speaking, the building was already in the historic district of Greenwich Village, which protects it from demolition, but it has been since April 1969, two months before the Stonewall uprising.

So-called deviants have long been refused service at Julius, or for that matter at any other bar in this great gay city, but recognition is always welcome. “Julius’ story is particularly special because it truly embodies many important threads of Greenwich Village history, LGBTQ history, civil rights history and activism,” said Andrew Berman, executive director of Village Preservation. “The Sip-In in particular felt to us like something that was so deeply ahead of its time and didn’t quite get the attention and reason it deserved.” Due delivered: “The ‘Sip-In’ at Julius’ was a pivotal moment in our city and in our country’s LGBTQ+ history, and this designation marks today not only that moment, but also the half-century of Julius as a home for New York’s LGBTQ+. community,” Eric Adams said in a press release issued by the LPC.

The story of Julius extends beyond these fifty years. The space has housed a bar since the 1860s, and Julius’s in particular since the 1930s. Before it became a gay haunt, it was a meeting place for journalists like Walter Winchell, and the tabloid- photographer-author Weegee used to take messages and mail there in the 1940s. Today, the queer clientele more or less sets the tone. The jukebox leans diva.

Even recently, this was not always the case. When Julius’ current owner, Helen Buford, and her late husband, Eugene, bought the bar in the late ’90s, it was, to put it politely, in a limp. “Some patrons were like, ‘Oh my God, Julius’ was the bar you went to when you were, like, ready to die,” Buford told me. “The young people did not want to come in. It’s like a step towards the grave, they said.

Joe, the bartender at Julius’, seen by his usual boss Weegee around 1945.
Photo: Weegee (Arthur Fellig)/International Center of Photography/Getty Images

Buford and her husband set out to bring the bar back from the brink. “It was, most of the time, just the old guard”, Paul Dawson, who animated the Mattachine evenings with Hedwig author (and longtime Rent-Regulated Village resident) John Cameron Mitchell, told me earlier this year. “If someone younger came there, it was assumed to be a trade.” But this party helped to change things. The trade was down, most of the time. The bar rebounded. Buford and her husband, a straight couple, may have seemed unlikely to renew one of the city’s queer institutions, but their interest was initially practical: Eugene Buford had worked in bar security before becoming a landlord , and gay bars offered business with fewer fights than their straight counterparts. (The Bufords also owned the now-closed Two Potato gay bars on Greenwich Street and the uptown Bike Stop.) says. When her husband died in 2009, she took over day-to-day management. The lifers, after a short period of hazing, finally gave her the full story and she, in return, pledged allegiance. “After hearing the stories and really getting to know the community,” she says, “I said to them, ‘Look, as long as I’m here, it’s always going to be Julius’ and it’s always going to be a gay bar.'”

The designation of landmarks may well help it to fulfill this promise. Buford does not own the building. She deals with a management company and does not know the owner, a special purpose company called Waverly & Tenth Realty LLC. “We are honored to be stewards of this critically important landmark in the history of the LGBTQ+ rights movement,” an unnamed Waverly & Tenth representative said in the city’s press release.) The building itself is an ersatz, cobbled together from three structures, the oldest dating from 1826. Now unified by a ’20s stucco facade for a look the city charitably calls “Arts-and-Crafts,” it’s probably best considered eclectic. “It was not uncommon in the early 20th century to plaster buildings like this with stucco,” says Andrew Berman of Village Preservation. “Some of them are very artfully done. I wouldn’t say this one was.

However, now that the building is listed, any future owner will have to keep its pretty-ugly image more or less intact. It’s an indelible feature of the neighborhood, thank goodness. Either way, making fun of Julius has always been part of America’s eldest Julius love. A few miles north in Hell’s Kitchen is the land of the shiny bar and the shirtless bartender. At Julius, you can always get a beer for about $8 (cash only), and when I arrived once on a Friday, drag race was on TV, muted.

After the blows of the pandemic, recognition is particularly welcome. The uptick in business was immediate, Buford says. Tensions remain high after the recent spate of attacks at LGBTQ+ establishments, including a Hell’s Kitchen bar whose windows were recently smashed. “I’m always on edge,” she told me; she recently completed an active shooter training course. But in his years of possessing Julius, incidents have been rare. “I’m not going to stay here forever,” she said. “If that was a way to protect this building, for the community, so the story could be passed on to other LGBT people, then, you know, that’s my goal.” 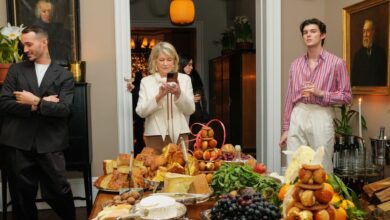 At a Holiday Party With High-End Gays and Martha Stewart 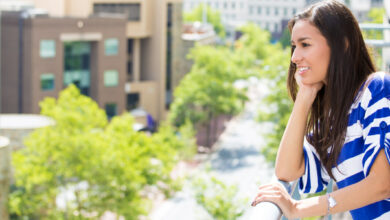 Best Cities for Renters in 2022 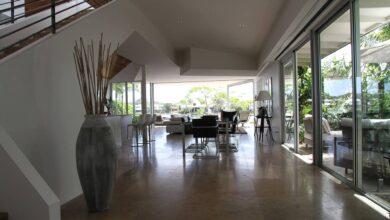 Why Move To The City Of Farmington Hills, MI 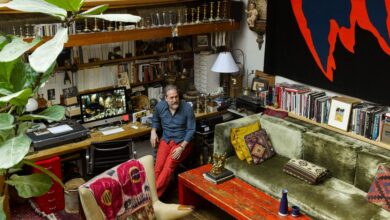