Thousands of halal and hot dog cart operators, taqueros and tamal vendors finally got some relief at the end of January when city council passed a the long-awaited revision of the street vendor permit system. Starting next year, the law will create 4,000 new permits over a decade. It will also create a dedicated civilian enforcement unit within the Department of Consumer and Worker Protection, rather than relying on the NYPD. This puts an end to the ceiling of the 80s which limited the number of permits to 3,000. It is no longer vain to dream of receiving a permit or of getting out of the waiting list closed since 2007, which made it impossible to have had one for 13 years.

There are a total of about 20,000 individual vendors in the city, according to the Street Vendor Project, and about half are unlicensed. Instead, these largely immigrant business owners have relied on an underground market to lease permits for up to $ 10,000 a year, or face police harassment and fines that come with operating without one. “Thousands of people who do business with the underground market [will now] save tens of thousands of dollars each year, ”says Mohamed Attia, director of the Street Vendor Project. “This legislation is going to fundamentally reform the entire sales system and show that people can survive and thrive as street vendors in New York City.”

We spoke to four vendors about their experiences navigating the outdated street vending system and what the reform means for their future.

Due to the pandemic, we only work on weekends from 6 a.m. to 4 p.m. or 5 p.m. because we don’t earn enough during the week to be able to work every day. I just help my business partner, and with what he pays me, I try to make ends meet and work in another place so I can survive – I clean houses.

We have leased a permit in the underground market for about $ 25,000 every two years, and now with the situation that we are going through with the pandemic, it is so difficult for us to have that kind of money. The lady who rented it out to us died, and then people wanted to charge us between $ 22,000 and $ 25,000, and we can’t pay that now. Sometimes they want to get $ 500 a week – but what do we have left then? We would have nothing.

I am so happy to know that we will now be able to have our own license. Previously, what little we did in sales went to that.

Part of the reason I wanted to open the restaurant was that I didn’t want to pay for the permit anymore. Before the pandemic, the restaurant was doing very well because someone wrote about it, and a lot of people started going there. Things were improving! But then the pandemic struck. There was not much work even in summer; we were back in the streets [with our food cart] for a few months and stopped again in the winter. We now use the food cart sporadically – we have to survive, and that is our only source of income.

I have two sons and they help with the truck, and they don’t speak much English either. Once in 2016 the police came and made them move; they took our license and harassed them. So we had to find another permit to be able to operate. It was really traumatic for one of my sons who worked there that day; he would have nightmares for a long time afterwards because of the harassment. Another time in 2018 my sons were on a different street and an agent came to tell them they had to move. Not knowing much English, they were really scared and they were not given an explanation. We felt discriminated against.

Now I am really excited – and relieved, above all – that the law is finally passed. I’ve been in the campaign to raise the cap for quite some time, so it’s exciting to have my own license.

Before the pandemic I worked with two people, but now I can’t. I do everything on my own. I don’t have any help now because I don’t have enough money to pay them. I work five days a week. Before the pandemic, I was working six or seven days a week. I work from 7 a.m. to 5 p.m. Business is too slow now. Apart from that, you still have a lot of problems on the streets with the police, with the health department; people don’t want you working on the streets like some restaurateurs. Sometimes the police come in for something like being too close to the crosswalk, because I’m working with a truck, and they give me a parking ticket.

With my own license I will save a lot of money. We spend $ 20,000 or sometimes $ 22,000 just to lease a license every two years. Maybe in the future I can even open my own restaurant.

Just: Morelos, Mexico
His speciality: Tamales from a grocery cart in Bushwick
How long: 20 years
Time on the permit waiting list: 13 years

Before the pandemic, I worked six days a week. I started cooking from 9 p.m. to 3 a.m. to leave [the house] at 6 a.m., and I would be back at 12 p.m. But now I haven’t really been able to work. I tried in October but sales were bad and I have diabetes so it’s a risk. I had no economic support during the pandemic because we immigrants were excluded.

I had several situations with the police, but there is one that I remember the most, which was very stressful for me and for my two daughters who were there that day. It was three years ago. The police came; I had a permit to be in the street [from the Department of Health] with the food in a grocery cart, and they said I couldn’t be there, it wasn’t legal, and I had to move out. They said I could get a $ 25,000 or $ 50,000 bill, which I couldn’t pay with my life. It was very painful. They said I had to move out and if they came back and saw me there they could stop me and throw my things away. My daughters were really scared and said, “Mum let’s go,” so we did. I have witnessed similar situations with other vendors in the area – how their things are thrown to the ground, how they are shut down. And as much as you would like to help, you cannot because you are afraid of being arrested as well.

It would be a blessing to get a permit – I could even help other people, hire them to work with me and help my own community.

The Fastest Growing States in America 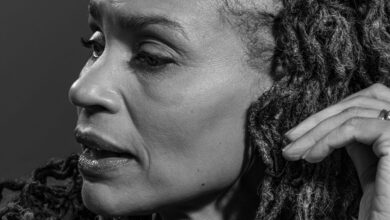 Maya Wiley on Her Campaign to Be NYC’s Next Mayor 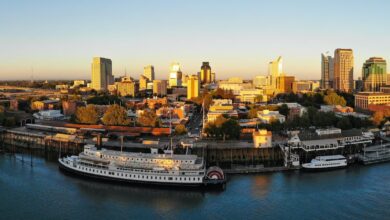 The Average Rent in Sacramento