Everyone talks about the Squire blankets, but they were, at least financially, a rounding error for him. In 1962, George Lois was the talkative, selfish, crass, proudly and inextricably Greek New York street urchin at the top of the advertising industry, and Squire’The magazine’s editor, Harold Hayes, offered her $600 a month to give her covers a boost. (It was such a small sum for Lois, compared to her huge agency salary, that he donated the fees to a fund for Greek orphans.) They had a deal: no studio, no va. back and forth. Hayes sent the stories, Lois sent back a cover, and the magazine could use it or not. His success rate was 92 times out of 94.

For his first cover, before a title fight, he commissioned a photo of two faceless boxers who replaced Sonny Liston and Floyd Patterson; it showed Liston’s figure face down on the canvas in an empty arena. He wasn’t calling the fight, not exactly, but he wasn’t not neither was calling the fight, and if you thought he was, well, so be it. “Sneaky editorialization,” the Hayes boss remarked with a smile.

For a Christmas number a few years later, Lois and Hayes put Liston in a Santa hat, watching him from the cover and scaring the bejesus out of Squire’advertising service. Correctly, as it turned out: Liston, a rough figure who wasn’t so palatable to white America, and especially to the subset of white America who read Squire, reportedly lost $750,000 in ads. Hayes called the cover “gross raspberry” and loved it, and his bosses laughed and let the two men continue. “The coarser the raspberry,” Lois later wrote, “the happier Hayes was.”

Lois — died November 18 at 91, just two months after his 71-year-old wife, Rosemary — delivered plenty of Bronx cheers in his life, not least because he grew up in the Bronx itself. He valued brashness, speed and cutting edge – not just on his magazine covers, but in his advertisements and his life. He once persuaded a recalcitrant client to go get his pitch by climbing halfway out the window and threatening to jump unless he was allowed to. He torpedoed a million-dollar job with a president of a prim cosmetics company by improvising the line “It doesn’t suck. It doesn’t fuck. Shove it up your ass and it busts your balls” during the pitch. He often deployed his father’s coded response to people he disliked: a Greek word, drawn as “chhhhhessyawhich in English would be heard as “yessir” but in Greek meant “go dirty yourself”. He was a madman, if not quite a madman. (He disdained that TV show; he thought the characters spent too much time drinking and fucking and not enough time working.)

His 1972 memoirs, George, be careful, gives the taste of the man: the head first, the gallop, to let go of everything every day. Like the ad itself, it deals with explosive imagery and elides a lot in the service of the message, and reading an entire book of its Madison Avenue swashbuckling is a bit like eating five desserts in a row: delicious, yes, but maybe too much. It reveals someone who was fantastically equipped to make a splash – whether in a pitch meeting, in a 30-second spot, or with a magazine cover – and also a little less well-equipped to be a big, shrewd collaborator on the long term, which is perhaps why he repeatedly left his partners to create secessionist agencies. He was out of control for a while. It would also be unemployable today, a walking trial: Apparently every other page tackles ethnic stereotyping, rampant sexism, fat-shaming, or just hyperaggressive behavior by bosses. The word n ​​makes regular appearances. His usual job interview involved throwing a clipboard at potential colleagues to see how good their reflexes were, and also to gauge how they would fare on the hypercompetitive softball team.

Lois dove into any nearby spotlight, and many of her co-workers grumbled that their teamwork often came back to her, sometimes because Lois couldn’t help but insert herself into the narrative. When, in 1977, he abruptly left one of the agencies he co-founded, Lois Holland Callaway, his partner Jim Callaway told the Time that “we had too much of the image of a boutique; we were tarred by this image. We were seen as the George Lois thing. Lois’ magnetism and extroversion and lightning tongue (and titanic ego) made it nearly impossible for anything he did to be perceived any other way.

But all this, of course, is advertising! You seek to hit people where they have emotional reactions, and cockiness, brashness, swagger and outrageousness – as far as the times permit even a little – are the currency of the realm. If you don’t like him, your beef isn’t necessarily with him; it’s with the corporate culture that retailed it, fertilized it, and ate it. We now think of the quiet intensity of Don Draper – the Carousel field — like the gold standard, but truth be told, climbing out the window screaming worked just fine.

And what did he do? Slogans and slogans that stick in the mind 60 years later, whether the product is or not. “When you got it, flaunt it,” for the now defunct Braniff Airways. “I want my Maypo”, for the oatmeal always present in the supermarket. And, above all, a late-career resurgence: After MTV’s uneven launch on a few cable systems, Lois created a series of spots suggesting that young people call their cable companies and ask for the new channel, and “I want my MTV” was born.


He will probably be remembered for those Squire covers, which – although intended to provoke and sell, like the ads in the issues – have the long-term benefit of being about civil rights and America’s rapidly changing geopolitics and culture rather than on, say, oatmeal. And to these, he was unrivaled in making the marriage of word and type and image that turned them into epic posters delivering a single clean punch. For a cover story launched as “The Final Decline and Total Collapse of the American Avant-Garde,” he dropped Andy Warhol drowned in a vortex of Campbell’s tomato soup. He posed Lt. William Calley, tried for the My Lai Massacre, with a group of Asian American children, and persuaded him to put on a monstrous smile. (Calley, incredibly, went there, thinking it had somehow exonerated him.) And, perhaps best of all, he had the great photographer Carl Fischer render Muhammad Ali as the martyr St. Sebastian. Ali reportedly hesitated briefly while filming; he had been stripped of his title partly because of his Muslim faith, and he did not want to be made a Christian. He had his spiritual advisor, Elijah Muhammad, on the phone, and Lois – of course! – sold them the idea in minutes. Nothing to say about the work of my past and present colleagues here at New York, sure, but he’s a contender for best magazine portrait of all time.

For a cover story launched as “The Final Decline and Total Collapse of the American Avant-Garde,” he dropped Andy Warhol drowned in a vortex of Campbell’s tomato soup. He posed Lt. William Calley, tried for the My Lai Massacre, with a group of Asian American children and persuaded him to put on a monstrous smile. (Calley, incredibly, went there, thinking it had somehow exonerated him.) And, perhaps best of all, he had the great photographer Carl Fischer render Muhammad Ali as the martyr Saint Sebastian. Ali reportedly hesitated briefly while filming; he had been stripped of his title partly because of his Muslim faith, and he did not want to be made a Christian. He had his spiritual advisor, Elijah Muhammad, on the phone, and Lois – Of course! – sold both on the idea in minutes. Let’s not talk about the work of my colleagues here at New York, sure, but it might just be the best magazine portrait of all time. 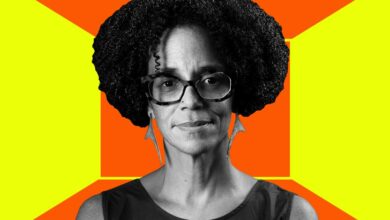 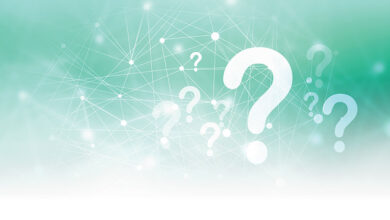 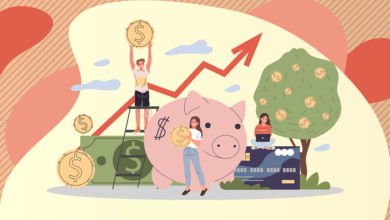 Want to Start Investing? Experts Tell Us How 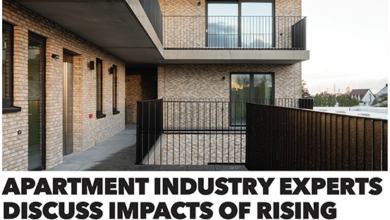