“The best place to see Los Angeles in the next millennium is from the ruins of its alternate future,” writes Mike Davis in quartz city.
Photo: Serge Hoeltschi (13 Photo)/Redux

In November 2018, a 14-mile-wide wall of flame jumped the 101 freeway in Los Angeles’ San Fernando Valley, tore through canyons in the Santa Monica Mountains and charred a path through mountainside mansions. from Malibu Hill to the Pacific Ocean. The Woolsey Fire destroyed 1,600 structures, burned nearly 97,000 acres and caused $6 billion in damage, making it the most destructive fire in LA County history and the 30th Malibu City wildfire in 90 years. Speaking at the first city council meeting after the fire started, Malibu Mayor Rick Mullen, who had worked as a captain for the LA County Fire Department, said his top priority was of rebuild as soon as possible. As flames still consumed the chaparral and wealthy Malibu homeowners began to question why firefighters had failed to save their cliffside properties, Mike Davis reiterated the 20-year-old thesis of “The Case for Letting Malibu Burn” from his book The ecology of fear: Los Angeles and the imaginary of disaster“I am infamous for suggesting that the general public shouldn’t have to pay a penny to protect or rebuild mansions on sites that will inevitably burn down every 20 or 25 years. My opinion has not changed.

Davis, who died yesterday of complications from esophageal cancer at the age of 76, was both the reluctant chief tipster for Los Angeles and a guide to the overlapping urban crises now spreading through American cities with alarming frequency. In his hugely influential 1990 book City of Quartz: digging into the future in Los Angeles, Davis dispenses with typical L.A. dichotomies—sun and dark, utopia and dystopia—while providing the first clear framework for understanding the city’s searing inequality: “spatial apartheid,” in which owners of single-family homes whites collude with developers and law enforcement to banish and criminalize the city’s black and brown, working class and poor residents. The oft-quoted chapterLA Fortressis an ironic tour of how this prison urbanism manifests itself in an unwelcoming civic landscape, and it provides a visual explanation of why so many places Americans design, from malls to schools, also look like jails. On the cover of the book, symbolically, is a federal prison that occupies some of the best real estate in downtown LA.

Born and raised in suburban Southern California, where working as a truck driver drew him to the labor movement, Davis was an activist historian with an unabashed Marxist bent. Yet even among those who don’t find their views politically aligned with his, Davis’s books have remained required reading for Angelenos. quartz city and The ecology of fear are best read together as a kind of punch that lets LA’s story span two volumes – the building of a megalopolis that’s an environmental disaster destined to be abandoned to an earthquake or a climate crisis looming that city leaders have no urgency to address. Some of the ratings (Frank Gehry’s Lionization and Farm as Bunker) haven’t aged well. But what’s shocking – or maybe not so much, once you learn exactly how we got here – is how little the physics of Los Angeles has changed since Davis made his first observations: the city ​​remains mostly asphalt and concrete, there are few trees and parks, and there is still no place to sit.

Shedding LA’s luster as the city desperately sought to rebuild its image after the 1992 uprising and the 1994 Northridge earthquake meant Davis was seen as a liability. Her writing “exposed the social fractures of Los Angeles and worried its most ardent supporters”, as Carolina Miranda wrote in Los Angeles Time, and the boosters fought back. Critics who were furious with him for breaking the sparkly artifice were willing to point out factual errors, most of them minor, some of them less. Writing about LA had generally been considered unserious, but when Davis arrived, his takes were too serious. The New York Time, usually obtuse about all things California, was cheerfully dismissive of Davis’s description of Los Angeles at face value: “It’s a bit too much.”

Over the past few years, Davis’ ever prescient words have increasingly proven this. Weather disasters have come with regularity, as promised. His book Slum Planet traces how these disasters have exacerbated the poverty of the billion people in the world who live in informal housing. And then came the pandemic – which Davis has also wrote a book about, sure. (Jon Wiener, writing Davis’s obituary for The nation, argued that Davis didn’t read the writings on the wall so much as the good white papers: “When he wrote about climate change or viral pandemics, he wasn’t offering a ‘prophecy’; he reported on the latest research. ”) Yet a nearly 800-page juggernaut that Davis wrote with Wiener, Set the Night on Fire: LA in the 60s, about a city on the brink of the Watts Rebellion, was released in another startlingly synergistic moment – ​​just weeks before George Floyd was murdered by police, plunging the country into another chapter of civil unrest. Unlike Davis’ earlier books, however, Set the night on fire is filled with page after page of examples in which Angelenos succeeded in overcoming spatial apartheid (however tenuous), founding radical art spaces, organizing school walkouts and – LA’s most essential challenge – fighting to keep people housed in a city that now has the largest homeless homeless population in the country.

Letting Malibu burn (literally or metaphorically) is sound climate and housing policy, but it’s only part of what Davis offers in this essay. Highlighting the disparities between coastal and inland Los Angeles — higher rents on the Westside buy a microclimate that makes beach life 20 degrees cooler — Davis compares a fire in Malibu in 1993 with another horrible fire that same year in an apartment building in the Westlake neighborhood of Los Angeles. There, dozens of families, mostly Central American immigrants, could not escape their overcrowded apartments. Babies have been thrown out of third-floor windows by parents trying to save their lives. Ten people, including seven children, were killed. Like the fires in Malibu, fires like this have continued to occur in Westlake as well, but for different reasons, Davis writes:

The two species of fires are inverse images of each other. Defended in 1993 by the largest army of firefighters in American history, wealthy Malibu owners have also benefited from an extraordinary range of insurance, land use and disaster relief subsidies. Yet, as most experts will readily concede, periodic firestorms of this magnitude are inevitable as long as residential development is tolerated in the fire ecology of the Santa Monicas.

On the other hand, most of the 119 building fire deaths in the Westlake and Downtown neighborhoods could have been avoided if sleep owners had been held to minimum building safety standards. If enormous resources have been allocated, chimerically, to combat the irresistible forces of nature on the Malibu coast, then shockingly little attention has been paid to the crisis of the man-made and remediable fires of the central- town.

It might not be a fire next time — that earthquake, guaranteed, is always somewhere on the horizon — but for a city in crisis, which LA certainly is, Davis’s words are a mandate. In a post Scriptum appended to the essay after the 2018 Woolsey fire, Davis describes the divergent futures of the two LAs in the most dire terms: “Those who can afford (with indirect government subsidies) to rebuild and those who cannot afford to live elsewhere. .” 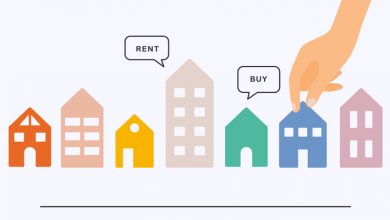 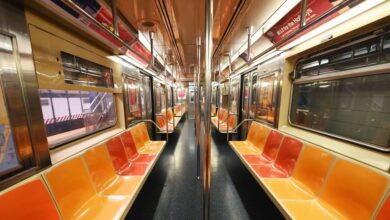 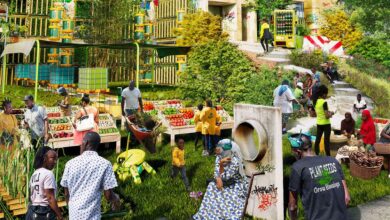 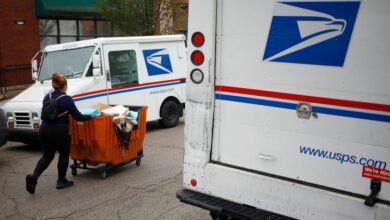 Can You Send Abortion Pills Through the Mail After Roe?