We all know New Yorkers love to complain about the subway. However, our current public transit system doesn’t seem so bad when you consider that commuters in centuries past had to deal with inconveniences such as tons of horse manure piled up on street corners and risking their lives and limbs dodging cable cars in charmingly named Union Square dead man’s curve. In order to understand how New York City’s public transportation has evolved to be safer and more efficient, it’s necessary to step back several centuries to how commuters got around.

The Age of Power

Many of what would become New York’s main thoroughfares, including Broadway and Lafayette Street, were originally footpaths used by the Lenape, Manhattan natives, as trade routes. During the first decades after the establishment of “New Amsterdam” by Dutch colonizers at the southern tip of Manhattan Island, the city was small enough to be navigable on foot. However, as New York became “New York” and soared in the largest city on the continentit became more common for city workers to live more than a mile from their place of employment.

The city’s earliest commuters traveled primarily by horse and buggy, but the first true form of public transportation in New York City was the horse-drawn omnibusa large stagecoach that can accommodate up to a dozen passengers. From 1827, when the first transit route was established, omnibuses began to travel a set route around the city each day. For the first time, commuters had a reliable and affordable way to get to work by car.

However, the large number of horses needed to keep Manhattan moving – over 150,000 by the end of the 19th century – brought its own problems. A horse generates approximately twenty-two pounds of manure per day, or a total of 100,000 tons of faeces dumped on the streets of the city over the course of a year. In addition, city life was hard on horses, and it was not uncommon for their bodies to be left to rot in the street when they collapsed at work.

The public health crisis caused by Manhattan’s growing horse population has created a pressing demand for a new form of transportation. The first step came in 1832 with the introduction of the horse-drawn carriage, a simplified version of the omnibus that ran on metal rails driven directly into the ground rather than the jolting cobblestones of the streets themselves. These horse-drawn trams offered a smoother and faster ride than the omnibus and also required less power.

New York’s beginnings steam cable car in 1883 finally offered commuters a non-horse transportation option. To move, these vehicles used a continuously moving steam powered cable system buried under city streets: if drivers wanted to stop, they just had to disengage from the cable and wait for their car to stop. Although it is difficult to regulate their speed, especially when it comes to stopping in no time, cable cars are still faster and more efficient than horses.

Another game changer was the introduction of the first electric streetcars in the 1890s, which started with Brooklyn’s Coney Island Avenue line and quickly spread outward to consume the city. In fact, the Brooklyn baseball team was originally called “Trolley Dodgers” as a tribute to the complex tangle of tram tracks that their supporters had to cross to access the stadium. Surpassed by electric streetcars and the first city train systems, cable cars and horse-drawn carriages had ceased its activities in the city in 1917.

The forerunner of the modern subway was the elevated steam train which, after a few false starts, came onto the scene in the late 1870s. The “el,” as the locals called it, was essentially a smaller version of the commercial steam trains used to transport goods around the country. These trains generated almost unbearable levels of noise and pollution, and their tracks blocked much of the light on the dark streets below, but they were able to serve far greater numbers of commuters than the trams. The el has radically changed the landscape of the city by making its outer reaches more accessible: for example, in the two decades since the extension of the Third Avenue el to the Bronx, the the population of the borough has quintupled.

Perhaps more importantly, the el also helped free up city streets, which had by then become dangerously difficult for pedestrians to navigate. City traffic only got worse after the Ford Model T, the first mass-produced automobilehit the market in 1908. Car fever swept through the city in the early decades of the 20th century and contributed to the extinction of the streetcar in the late 1950s, aided by a conspiracy orchestrated by General Motors, Standard Oil and Firestone Tires to drive streetcar companies out of business and replace them with buses.

The 1950s also saw the end of the el, which ran its last train in 1955. City developers knew his replacement would also have to avoid competing with traffic at street level, but instead of looking skyward, they looked underground.

The beginnings of the metro

New York’s first publicly accessible subway opened October 27, 1904 and ran from City Hall to 145th Street. Construction had begun in 1900, encouraged in part by the crippling impact of the Great Blizzard of 1888 on surface transportation systems in the city, and was completed by the Interborough Rapid Transit Company. The new metro cars were powered by direct current supplied via a electrified third rail and therefore generated substantially less pollution than el trains. On the opening day of the subway, city residents were shocked to see the subway crossing the whole city in exactly twenty-six minutes.

The subway remained under the private operation of the IRT and its competitor, Brooklyn-Manhattan Transit, until 1940, when the city’s municipal government managed to redeem them and centralized the city’s rapidly expanding subway lines under the New York City Transit System. In 1968, the MTA was created by the New York State Legislature to transfer control of public transportation from New York City to the state level.

Today, the subway remains a crucial part of life for many New Yorkers: in 2019, the subway system recorded an annual total ridership of almost 1.7 billion. And, despite its many flaws, the New York City Subway is undeniably a miracle of modern efficiency compared to its slower, clunkier, and (literally) shittier predecessors. 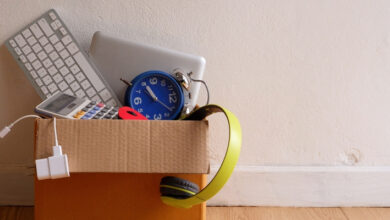 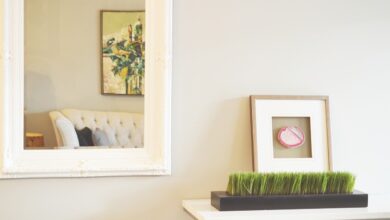 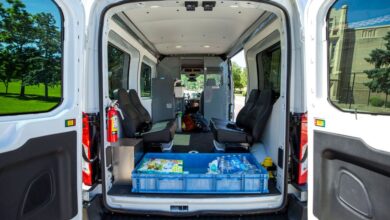