The $32 billion net worth of crypto prodigy Sam Bankman-Fried collapsed following the demise of his FTX cryptocurrency exchange and with it an additional 130 companies, the philanthropic arm of his organization, (apparently) the savings of several hundred employees, and some Ontario teachers’ pensions. Of course, as with any sordid financial scandal involving a much publicized and disgraced “visionary” at the height of his powers, the fallout also includes real estate. It only took a few days for a SEO to appear for Bankman-Fried’s luxury penthouse in New Providence, where he allegedly lived with a ‘cabal of roommates’ – although the listing itself has since been flagged as fake and taken down, the purchase of the penthouse itself was real, according to multiple outlets.

But this is just the start of a tally that is likely to grow as the true picture of what FTX was doing with its customers’ and investors’ money emerges. As reported by the Bloc, FTX Property Holdings “spent $74,230,193 on Bahamas real estate in 2022,” including condos at two different luxury resorts. Many properties associated with Bankman-Fried, his family members and FTX have sprung up. The company recently announced plans to move its headquarters in Miami after opening its Chicago headquarters four months prior. And it opened an office in Tokyo after launching FTX Japan in June.

Below, we’ll keep a running list of FTX-related properties that are now in question.

Much was made in the press earlier this year about Bankman-Fried, despite being a billionaire, living with roommates in this five-bedroom condo in the Bahamas on the top floor of a luxury building called the Orchid. . (After the fall, the group was described as a “cabal” and also a “polycule.”) It was listed for $39.9 million on the Seaside Real Estate website, but Forbes went on to reported that the post was fake and Seaside representatives said they were unaware of it being posted. Reuters has confirmed since via property records that papers for the penthouse dated March 17 “were signed by Ryan Salame, the president of FTX Property, and showed it was intended as ‘a residence for key personnel’.”

At 12,000 square feet, the condo is the opposite of the advertised Bankman-Fried property “monk” aesthetic. (Bankman-Fried, who was a stock trader before founding FTX and making his fortune in crypto, preached a minimalist, anti-materialistic lifestyle – the press often mentioned the fact that he drove a Toyota Corolla and used his parents’ Netflix account.) Part of a luxury development called Albany, part-owned by Tiger Woods and Justin Timberlake, it sits on the Nassau Marina, was designed by architect Morris Adjmi ( also responsible for the Samsung Building in Manhattan and the Wythe Hotel), and has all the amenities one would expect (pool, jacuzzi, full bar, kitchen island the size of that Corolla). “Encircled by swamps and scrub forests, the 600-acre community of pearly white towers is closed to virtually everyone,” the Washington said. Job wrote from Albany. “A giant lawn at the community center near a Rolex store features a life-size replica of Wall Street’s famous Charging Bull sculpture. A lavish recording studio, known as the The sanctuary, has been used by Drake, Mariah Carey and Alicia Keys. It looks like a super monk.

By Reuters, documents show that an FTX unit purchased seven condominiums in the resort town of Albany, at a cost of nearly $72 million. FTX management also purchased three condos at One Cable Beach, a private island resort in New Providence, for between $950,000 and $2 million. Records allegedly indicate they were purchased by former engineering chief Nishad Singh, co-founder Gary Wang and Bankman-Fried “for residential use.” The One Cable Beach website says amenities like a state-of-the-art gym and infinity pool provide “a feeling of zen: a state of oneness of body and mind.”

Documents show another beach house bought in the Bahamas for $16.4 million by Sam Bankman-Fried’s parents, Stanford law professors Joseph Bankman and Barbara Fried, in a gated community called Old Fort Bay. By Reuters, one of the documents signed by both parties was dated June 15 and referred to the property to be used as a “vacation home”. It’s unclear exactly how the property was purchased, but a spokesperson said that “since before the bankruptcy proceedings, Mr. Bankman and Ms. Fried have sought to return the deed to the company and are awaiting further instructions”. According to the community’s website, Old Fort Bay was “built by the British in the 1700s, during a time of lawlessness when the Crown spent enormous time and energy trying to keep pirates, corsairs and buccaneers under control in this part of the world”. They still keep an old cannon on the lawn.

FTX has not only purchased residential properties in the Bahamas. According to the Bahamas Grandstand new, FTX has spent $4.5 million on a site for its future corporate campus at the Bayside Executive Park site, an expected total of $60 million, “now almost certain not to continue.” An April press release stated, “The five (5) acre development will include FTX’s corporate headquarters, a 38-room boutique hotel, sports facilities and a commercial building.” SBF tweeted from the inauguration ceremony thus, although an employee of one of the construction companies would have Told Fortune that they have only built toilets so far on the site. The current headquarters at the Veridian Corporate Center cost $2.29 million, according to the Grandstand.

Last year, FTX entered into a 19-year, $135 million naming rights deal with Miami-Dade County to emblazoned the Miami Heat’s stadium dome with the three letters of its name (the FTX logo adorns also the team shirts). This was back when FTX probably seemed like a great brand partner; now the county is seeking to terminate the deal, arguing to a federal judge that continuing to be associated with the public relations disaster that is FTX would cause “significant hardship.” However, a judge issued a stay order, preventing creditors like Miami-Dade from acting against the company during the bankruptcy proceedings. According to NRPFTX has already paid nearly $20 million of its tab, and the county is seeking damages of $17 million, the amount FTX is contractually obligated to pay in the event of default.

real estate agent.com reports that Guarding Against Pandemics, a nonprofit funded by Bankman-Fried and run by his brother, Gabe, invested in a $3,289,000 brick townhouse in Washington, D.C., in mid-April 2022. The townhouse has a “private underground garage, three wine fridges (including a mini in the master suite), four fireplaces and an elevator”, perfect for entertaining and dining political allies and influential lobbyists, which was supposed to be be the purpose of buying the house. According to NBC, it was recently used to host vegan cocktails. 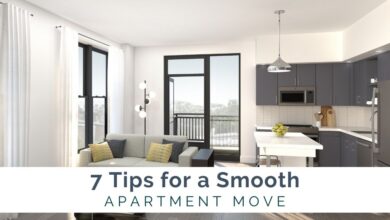 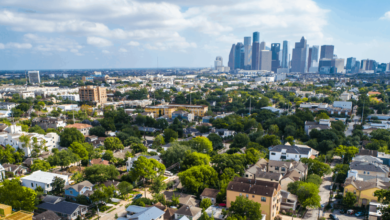 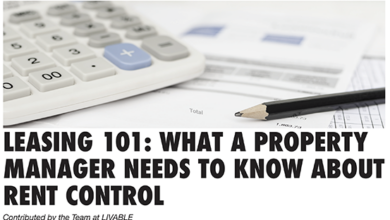