Search for SWIMMING, and the results are very different from what Google Image Search gives you.
Photo: Jason Fulford

My first job in New York was as an illustrator’s assistant James mcmullan. He was, alongside Milton glaser, a member of Pushpin Studios, which indelibly defined the spirit and appearance of the city. In the book Pushpin and beyond, Véronique Vienne details the studio routine in the 1960s: “To maintain a high level of productivity throughout the day, a research assistant was sent to the vast collection of images in the 42nd Street public library to find inspiring reference documents. Acting like a dowsing wand, he or she would often return to the studio with unexpected iconographic loot. The research process was so stimulating that it became the basis of Push Pin’s unique mark of historicism.

The Image Collection is a 106-year-old resource open to the public. It’s a simple idea: visual images, cut out from magazines, catalogs and books, pasted onto media and organized into folders by some of the best librarians in the world. The images themselves range from the vernacular to the fine art. There is nothing like it in New York City, and soon there won’t be any at all, as Director of Research Libraries William P. Kelly plans to remove public access to the collection. He would like customers to find what they are looking for “before they come to the library”. In his August 4 article on this news, for New York Times, Arthur Lubow said that “Kelly wants Picture Collection users to be more prepared and less spontaneous.” It will no longer have its own space and will not be added or freely accessible. When these images are moved, the P of the PL will not be able to browse them. That’s all about them.

This rejection of spontaneity is weird, coming from someone who is supposed to understand the research. Visual literacy takes different connecting paths from verbal literacy. If you want to know how something is defined, words work. If you want to know what something looks like, pictures work. I’m concerned that the practice of unmitigated and truly random navigation – locating through rabbit holes, chance, sifting, intuition of that perfect benchmark – may be lost again if the NYPL decides that this type of search should not be prioritized, and, indeed, deliberately narrowed down. We don’t think in synonyms.

As an assistant to the production designers at Saturday Night Live in 1993 I was sent to the picture collection to find pictures of submarines and caves and Harlem in the 1920s. Ming Cho Lee sent Hellos assistants (including my SNL boss, Akira Yoshimura) to the collection to sign pictures for his Shakespeare in the Park sets. Using the collection, I can tell you firsthand, is totally different from search engine targeted. If I search “swimming” online, I get 34 stock photos of mostly white swimmers in pools before I get to a photo of a female swimmer in a river. When I visit the image collection, next to the marked folder Sweden: Visby, I get two To swim Records. The first image I draw is an 1864 woodcut of women in a lake by Felix Vallotton. I receive a swimming hole painting from Thomas Eakins, then three swimmers depicted on a Greek urn. Then a faded Edwardian-era photo of two laughing, knee-deep women in full swimsuits, then a submarine National Geographic image of a flamingo, followed by a 1979 photo of three black boys swimming in the Flint River. The intention, reinforced over a century of collecting images, is to show scope rather than create click.

While I am looking at the pictures, librarian Jay Vissers quietly suggests that I can also look in the folder called Drowning.

The feeling of fortuitous gratitude upon discovering unexpected information is something that most of us who have researched have experienced – that kismet of finding the perfect book, one backbone of the one wanted. In art and image research, this spark of transmission, sequence and connection occurs on a subconscious level. Cultural theorist Aby Warburg believed that a natural language of visual significance is transmitted non-verbally. mainly through high and low images. We intuitively understand this knowledge. Ninety-eight years after his death, anyone with an Instagram account confirms Warburg’s ideas. The NYPL Image Collection has supported this expanding literacy, in tune with the Warburg Libraries and Scholarships established in London and Hamburg. If the library plan is successful, people looking for pictures they’ve never seen will have to spell out what they think they want and wait, perhaps for hours, while that one thing – but nothing. next to or related to it – is picked up by someone else. There will be no time or quiet space to look, sift, think.

Physical, thoughtful and slow, sometimes absent-minded browsing is out of practice, thanks to Amazon and its ilk. Google Image does a bit of this work, and it’s useful. But the images chosen algorithmically are not fresh. These are illustrative fruits at your fingertips: the pictorial version of the wilted vegetables at the bottom of the crisper. The most used, the less surprising. Stale. (Scanning most of the image collection is not possible due to copyright law.) Optimization means that the images at the top of the stack are those that, at a level or at a other, someone is paying for you to see them.

All learning includes the non-verbal, the subconscious and the unconscious. The transmission of images is faster and more readable than the transmission of words. Tweens, generations younger than me, don’t bother to caption their Instagram posts. Why is the vernacular image always rejected as ephemeral? Why is its study not prioritized? All languages ​​are alive, but visual language is galactic. Keywords aren’t eyeballs, and creating rutted paths to follow is the antithesis of the study. A century of visual language, knowledge and connectivity is heading towards a narrow and parsimonious nomenclature base. NYPL takes a step back if it models its shelves and searches on a search engine. Spontaneity is learning. Browse is research.

A demonstration to protest against the closure of the Picture Collection will take place on September 21. 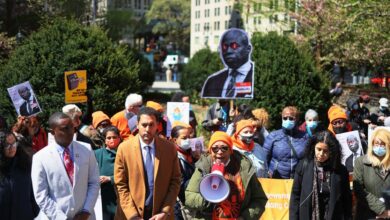 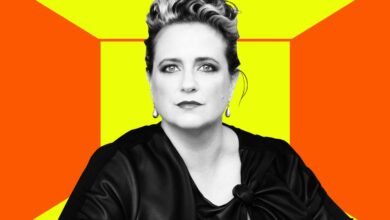 The Pros and Cons of Renting in a Mixed Use Property: Is It Right For You?