The living room: Kore Yoors in the corner of his living room, where his father’s loom is obscured by the shelves above his desk. Jan Yoors’ tapestry Eruption (1973) hangs on the right wall, and his tapestry Fishermen (1955) is above the shelves. Kore rescued the Hans Wegner Papa Bear Chair from a mid-century furniture trove dumped on 9th Street years ago and had it reupholstered.
Photo: Annie Schlechter

As you walk into the double-height living room of Kore Yoors’ 1,500 square foot apartment in Greenwich Village, the legacy of her father, Jan Yoors, a Belgian-American artist who died in 1977, is everywhere. Kore, an artist himself who oversees his father’s archive, lives with his father’s paintings, sculptures, books and tapestries – even one of his looms. The coffee table is made from the beams of an old loom: “They just thought the wood was so beautiful,” he says of his father and the two women with whom he collaborated on his work and his life, one of which is his mother. The other was the mother of his two half-siblings.

Kore spent her childhood in the village, mostly on Waverly Place, and this loom was prominent. “The door was closing, and it was so quiet; the city would be left behind,” he recalls. The only thing still present was the noise of the weaving, “the tick-tick-tick of the loom, and I didn’t even notice it.”

It was very bohemian; Jan was what today might be called a polyamorous. He had children with two women who were best friends, and they all lived together as a family. Kore has lived in his current apartment with his wife, Amy June Ferguson-Yoors, and mother, Marianne Citroen-Yoors, since 2000; his “other mother”, Annabert, lived with them until she entered a nursing home in 2005 (she died in 2010).

The childhood and youth of his father Jan read like a novel by John le Carré. He was born in Antwerp in 1922 to Eugene Yoors, a glass artist, and his wife, Magda Peeters, a human rights activist. He studied sculpture at the Royal Academy of Fine Arts in Antwerp and worked with the Resistance during the war, which led him to the prison of Health in Paris and then to a concentration camp in Spain.

Annabert and Marianne sitting in front of the loom in 1967, with Vanya running the length of the loft.Marianne and Jan preparing the wool to weave the Magic Forest tapestry, 1960.Yoors Family Partnership Archives.

After the war, Jan married Annabert van Wettum, who grew up in The Hague on the same street as Marianne. They moved to London, where they saw an exhibition of French tapestries that inspired them to learn to weave and make their own looms. In 1947, Marianne joined them and also learned to weave. Jan exhibited at the Archer Gallery in London and the Hugo Gallery in New York, where he moved in 1950 as a journalist. He ended up taking pictures and making tapestries.

The two women arrived in 1951. Jan and Annabert had two children together – Vanya and Lyuba – then he and Marianne had Kore. They all lived as a family at 108 Waverly Place beginning in 1967. After Jan’s death, his survivors remained at 108 Waverly until 2000. That year, the mothers and Kore and his wife moved to this location in ground floor. The building belonged to a family of scientists and scholars, says Kore. His hallway was too narrow for the furniture and the loom to fit, so he converted the window bars into a gate. “The loom was dismantled, although the two main rollers still required six people to transport.” He also laid a wooden floor over the original cement in the living room, an addition that had been built over an old garden, and raised the linoleum floor in the kitchen to reveal the original wooden subfloor, which he painted red.

The Weavers: Marianne and Annabert weaving in their studio on East 47th Street in the late 60s with Lyuba and Vanya, Kore’s half-siblings, nearby.
Photo: Yoors Family Partnership Archives

“That’s when I really started archiving,” says Kore. This meant going through 10,000 pages of newspapers and correspondence as well as contact sheets, negatives and prints of his father’s photography of Roma families in Europe, Hasidic communities in New York and street life in Harlem. and Chinatown. Jan had also covered the civil rights struggle.

“I knew most of the stories at the time of his death,” Yoors says of his father. “He used to always get up for a late night snack; he would have a banana; as a child, I always wanted to wake up and have a snack with him. So one night I tied a string to the banana and my finger, but I slept through the night because he untied it. I was discouraged.

The kitchen: Kore painted the kitchen floor red when her family moved in. “The kitchen artwork is a mix,” he says, “but mostly by my grandfather and objects from his workshop in Antwerp. The police brigade lantern on the wall to the left was thrown away of the shed when Babbo moved in.

The staircase: The stairs from the living room lead to Marianne’s bedroom. The painting of the figure with the orange background is by Jan, as are the two large bronze nudes and the figure paintings above.

The wardrobe : An Issey Miyake bodysuit hangs on the wardrobe in his and his wife’s bedroom. Kore’s wife “loves fashion, but she doesn’t like to wear it,” he notes. The cabinet was a gift from the owners of the Chanterelle restaurant, neighbors of Waverly. “They offered it to me”

The loom of the living room: A detail with pieces of two unfinished tapestries. “It took six to nine months to complete the major works,” says Kore. He still has about 45 tapestries in the family archives.

Marianne’s room: Kore’s artwork is on the wall above the bed. “My mom and I both have a bug to collect,” he says.

Thank you for subscribing and supporting our journalism. If you prefer to read in print, you can also find this article in the October 10, 2022 issue of
New York Magazine.

Want more stories like this? Subscribe now
to support our journalism and gain unlimited access to our coverage. If you prefer to read in print, you can also find this article in the October 10, 2022 issue of
New York Magazine. 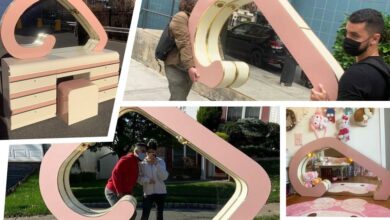 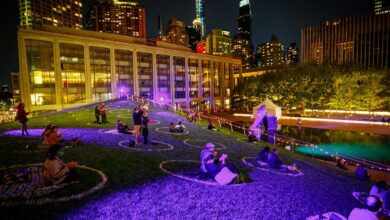 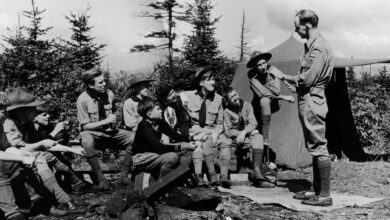 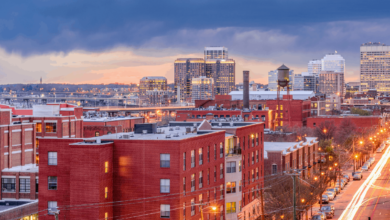 The Average Rent in Richmond