It’s getting harder and harder to find apartments these days, as rentals are a red-hot commodity and more renters are deciding to renew their leases and stay put — so much so that apartment buildings are almost full in every metro area across the U.S. With older buildings filled up, you have a higher chance of finding available apartments in newly built communities, and this might just be the best excuse to upgrade to a newer apartment in 2023. But where should you look?

Now that the festive season is over and many renters are thinking of upgrading to a nicer rental, we decided to reveal the places where you have the best chance to find newer apartments that are also spacious and located in desirable neighborhoods. For this, we analyzed the number of new apartments opened in the last 10 years, how large they are, the most recent occupancy rate and the quality of the neighborhoods where they are located, using Yardi Matrix data.

We found that the new apartments built during the last 10 years grew the total number of apartments nationwide by 33%. However, they are not evenly spread throughout the country. If you’re craving that new home smell, you should look toward the Sun Belt states — these regions make it a lot easier to score a newer apartment, as they have been building a lot more than others.

Specifically, our ranking is dominated by Texas, with 12 cities — six of which are among the 10 best locations for finding new, enjoyable rentals. Next comes Florida, with seven cities, followed closely by California, with six cities. 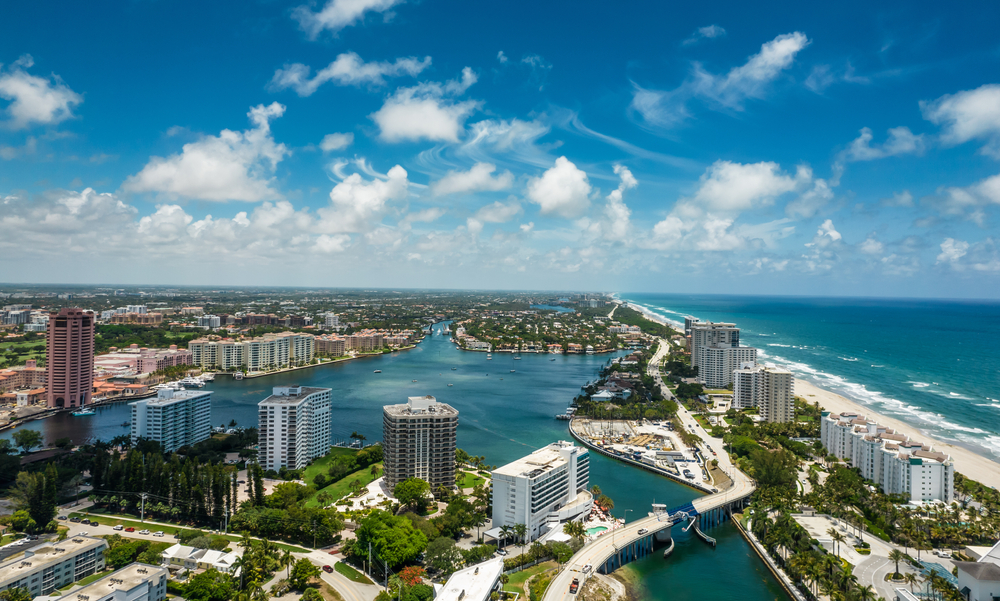 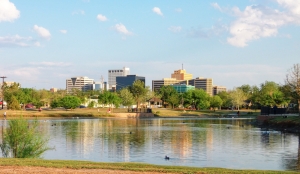 Midland, an oil town located about halfway between Dallas and El Paso, has steadily grown during the past decade, attracting many young renters looking for high-paying opportunities in the oil, petroleum and energy industry. In fact, Midland is part of what the locals call the “Petroplex”, a petroleum-rich area that’s considered the heart of American oil country. Rental apartments in Midland grew by more than 50% since 2012, and 40.7% of them are in top locations. Renters looking for a nice place in Midland have plenty of options to choose from, as only 81.8% of the new apartments are occupied. 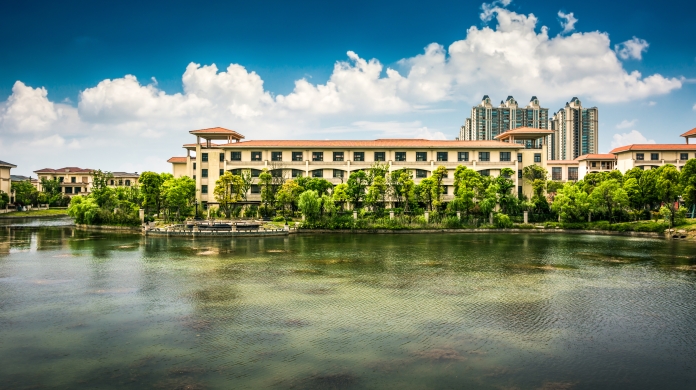 Renters who are on the hunt for a new apartment in a suburban location but still prefer having access to big-city amenities should look no further than Humble. Located only 20 minutes from Houston, this small town takes pride in being one of the best hidden gems in Texas, and its history and development have also been greatly influenced by the oil boom in the region. Rentals built in the last 10 years grew the total number of apartments in Humble by 45.2%, and the majority of those rentals are in coveted areas around town. 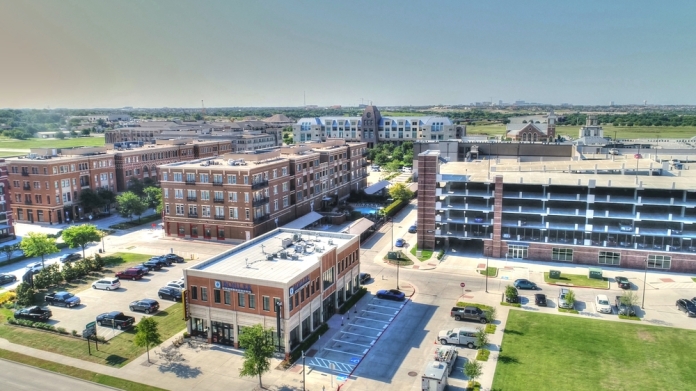 As a thriving suburb of Dallas, Frisco is one of the fastest-growing cities in the entire U.S. thanks to its booming economy, amazing sports scene, countless entertainment options, proximity to the great outdoors and high safety rating. All of these perks combined work well to attract thousands of new renters each year. To that point, the number of apartments in the city has tripled since 2012. What’s more, the majority of those new apartments are in sought-after locations. But there’s a downside to the city’s tremendous popularity: almost all new apartments are occupied, confirming how sought-after Frisco rentals are these days. 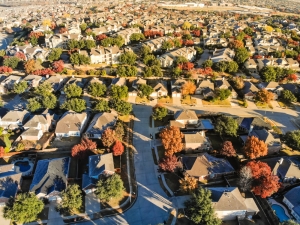 McKinney, another suburb of Dallas, is also one of the best places to live in Texas that new renters flock to. Just like Frisco, McKinney has a thriving economy, great quality of life and high-paying job opportunities in various industries, including technology, manufacturing, oil and defense. The number of apartments in McKinney has doubled since 2012, and over 90% are located in great neighborhoods with close-knit communities that are safe and welcoming. Those looking to score a new rental in McKinney should know that apartments here are in high demand. 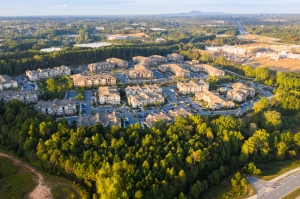 This booming suburb of Atlanta is close enough to all the amenities the big city has to offer, yet far enough for renters to enjoy a laid-back lifestyle. Once a small farm town, Alpharetta has evolved in the last two decades to become “The Tech Hub of the Southeast”, attracting many tech professionals each year. To that extent, there are one-third more apartments in Alpharetta now than there were in 2012, all built in quality locations that are very popular with renters. 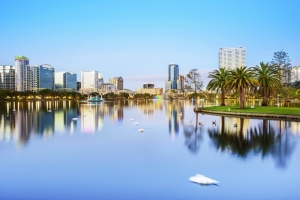 Welcome to the “City Beautiful” — and one of the best places in the entire U.S. where renters can find nice apartments located in coveted areas. The number of apartments in Orlando has grown by 40.6% since 2012, with more than one-third being located in top-notch communities close to beautiful scenery, some of the world’s best theme parks and plenty of entertainment options. And with the gorgeous weather all year long, living in Orlando feels like being on vacation every day. Renters looking for a nice place to call home in Orlando have quite limited options to choose from, as new homes are in high demand here. 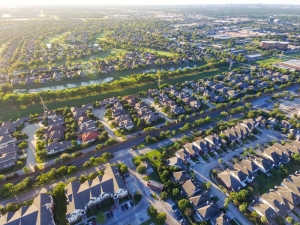 This peaceful suburb of Houston has seen substantial growth in the last decade, mostly due to ExxonMobile’s 2011 decision to build a campus here and expand its operations in Texas. As the campus was being constructed, many ExxonMobile employees — mainly moving from Irving, TX — began relocating to Spring. As a result, the number of apartments in Spring has grown by a whopping 112.4% since 10 years ago, with almost half of those new rentals located in coveted areas. 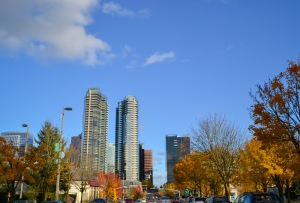 Located just 20 minutes northeast of Seattle, Redmond is widely recognized as the “Tech Capital” of the state of Washington. The gaming industry in particular has seen tremendous growth over the last few years, with the city’s Digipen Institute of Technology being the first school in the country to offer a bachelor’s degree in video game development. With so many techies choosing to live and work in Redmond, rentals are in high demand. There are 85.1% more new apartments now in Redmond than there were 10 years ago, and almost all of them are in very popular neighborhoods. This growing suburb of Houston offers the best of both worlds: small-town charm and big-city amenities. Katy’s population climbed 55% from 2010 to 2020 largely due to the highly rated schools here and access to major employers in and around Houston. And, with plenty of health care facilities and recreation centers, Katy is also a popular retirement spot in Texas. New apartments sprang up like mushrooms in Katy, though less than half of them are located in coveted neighborhoods. Even so, renters will need to move fast if they want to secure a nice place in Katy, as 94.9% of the new apartments are occupied. 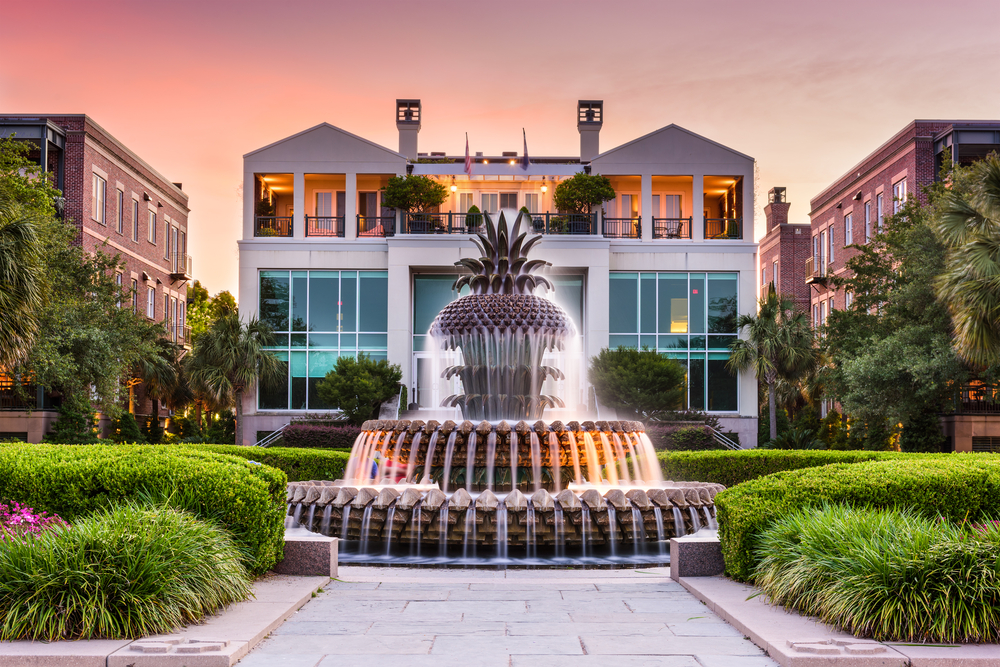 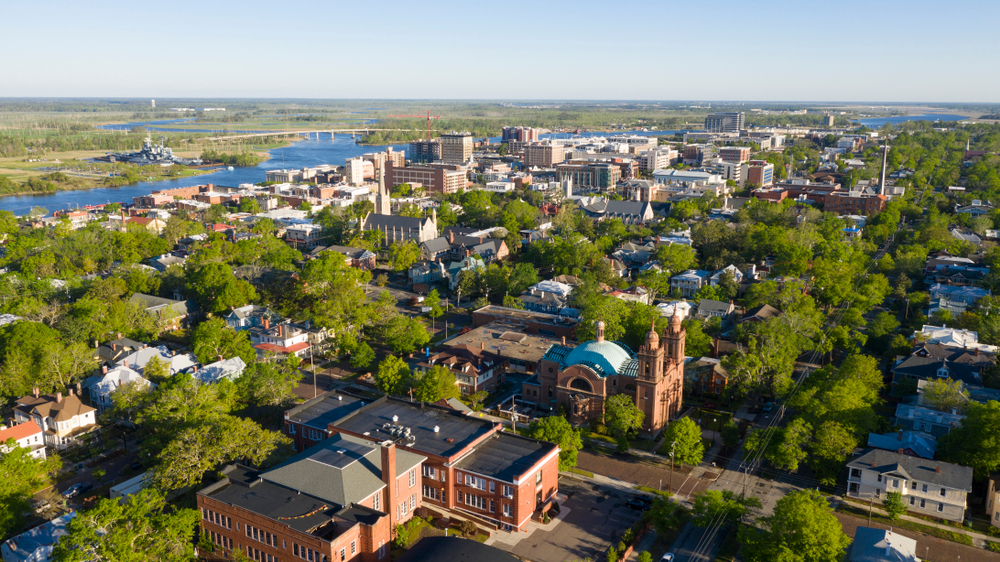 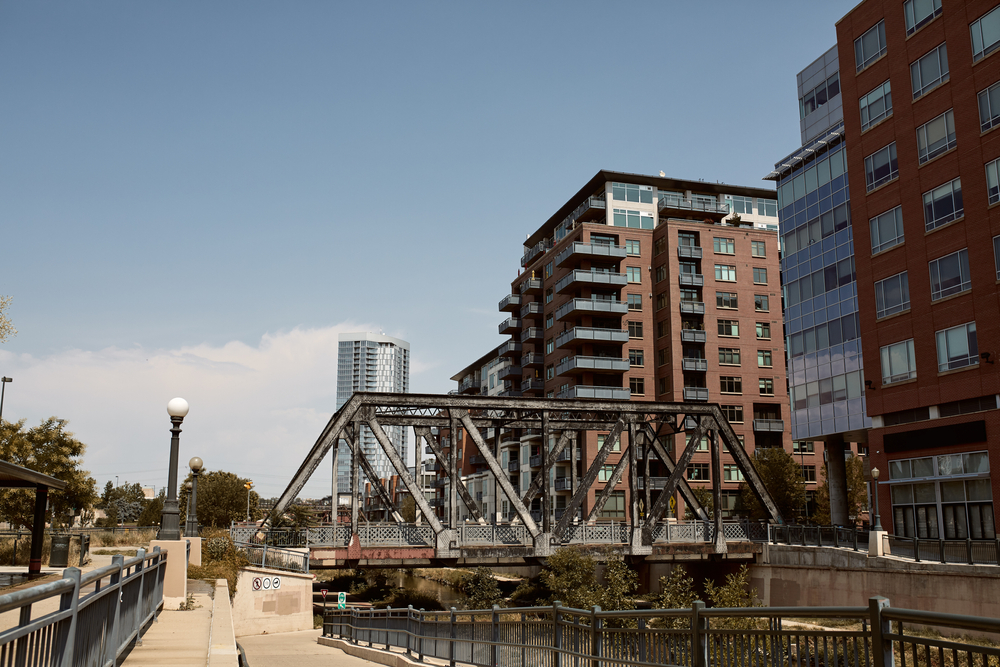 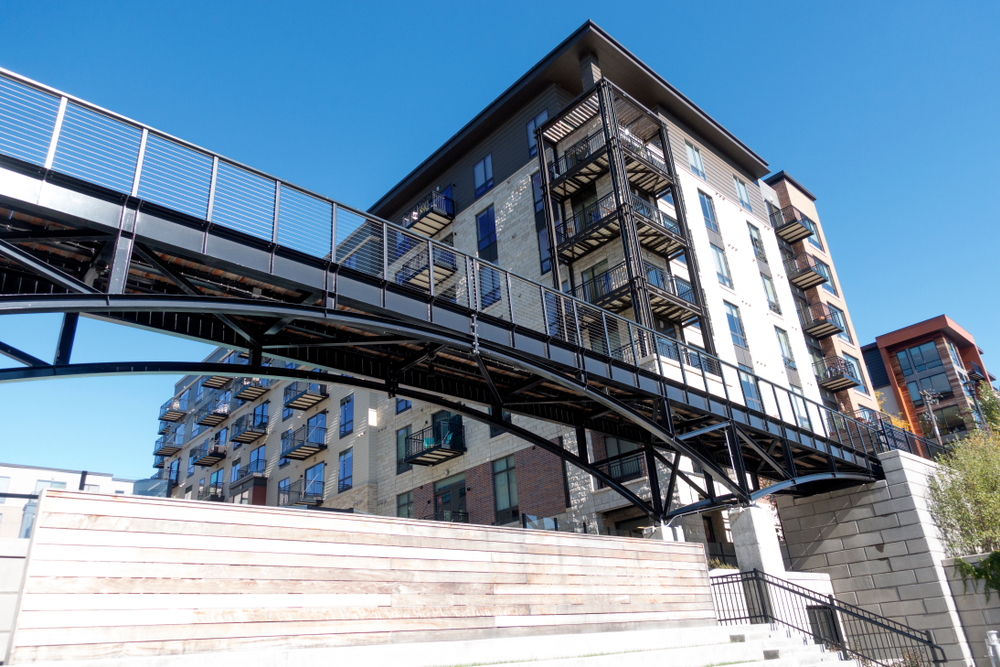 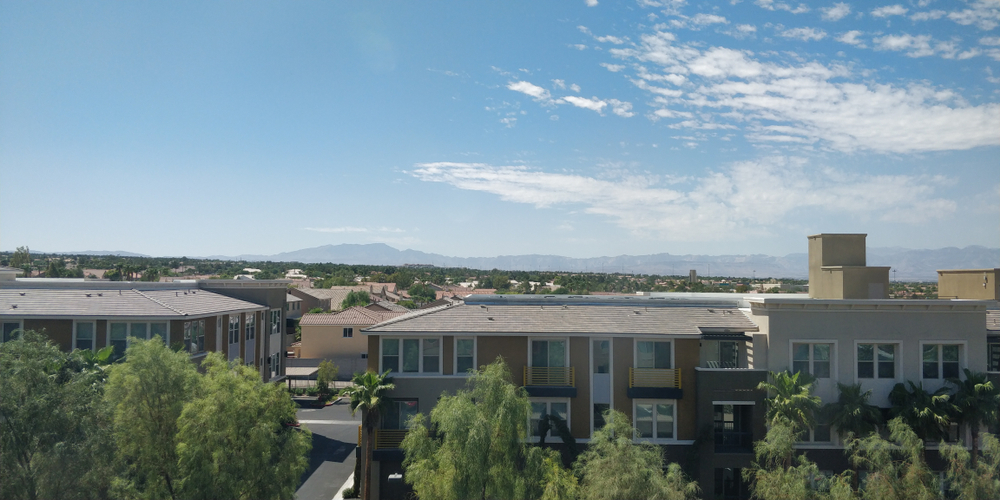 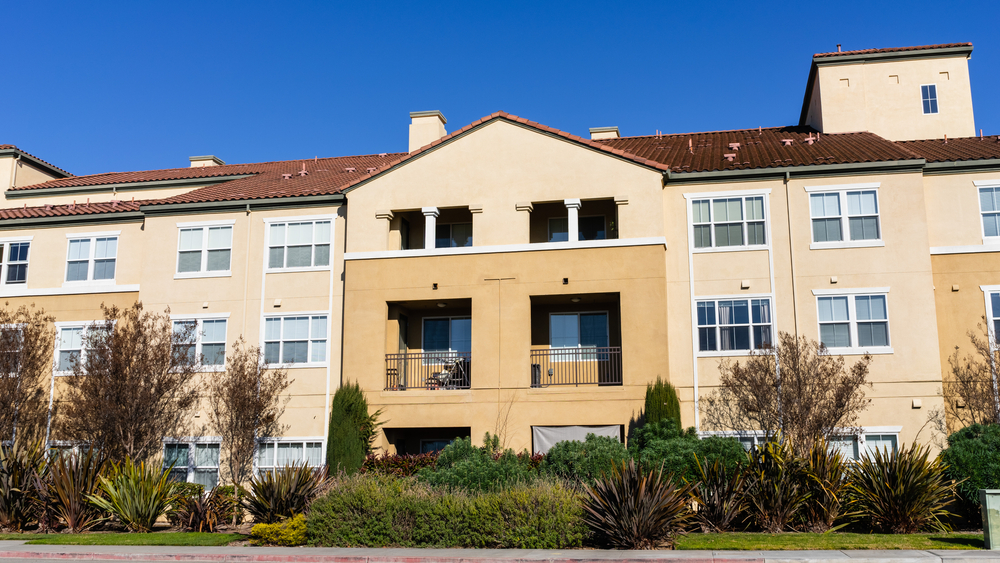 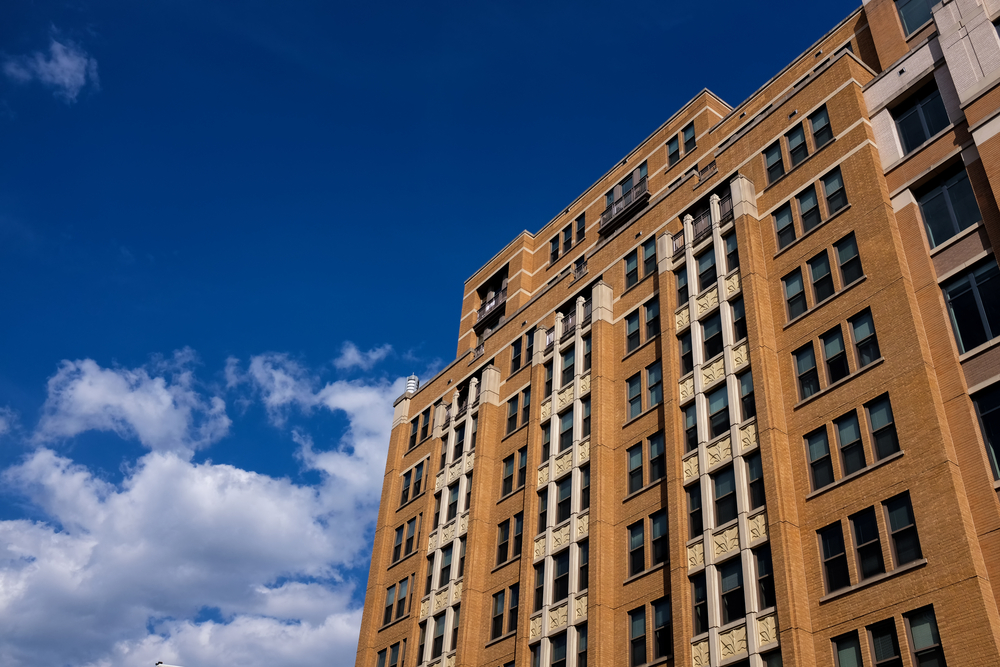 Other notable cities where renters can find newly-built apartments in top locations include Round Rock, Richardson, College Station and Conroe in Texas; Duluth and Macon in Georgia; Sarasota, Fort Myers and Fort Lauderdale in Florida; Oakland, Chula Vista, Irvine and Mountain View in California; and Raleigh in North Carolina.

Denver ranks 1st among the nation’s large cities when it comes to finding new apartments in nice locations. As one of Colorado’s most thriving cities, Denver has consistently been attracting young professionals looking for good job opportunities in an exciting place. More than one-third of the new apartments are located in top-notch areas, but finding a nice apartment for rent in Denver will require some effort, since the occupancy is 91.1%. In addition, apartment seekers will most probably have to compromise in terms of space, as the average size of a Denver apartment is 856 square feet.

RentCafe.com is a nationwide apartment search website that enables renters to easily find apartments and houses for rent throughout the U.S.

To calculate the rankings, we analyzed several revealing metrics:

The rankings included only cities with at least 10,000 apartments. All rental properties analyzed are completed and non-affordable or partially affordable. Single-family properties were not included in the analysis.

We encourage you and freely grant you permission to reuse, host, or repost the research, graphics, and images presented in this article. When doing so, we ask that you credit our research by linking to RentCafe.com or this page, so that your readers can learn more about this project, the research behind it and its methodology. For more in-depth, customized data, please contact us at [email protected] 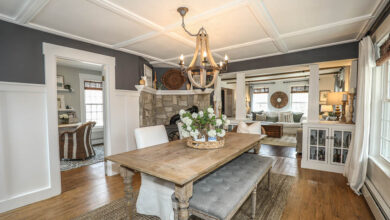