In this series, Looking to settleEmily Gould will recount her search for a two-bedroom apartment.

Things are bad everywhere. After a few hellish weeks, I decided to hand over the reins of our apartment search to my husband, Keith. He has a higher tolerance for pain and unpleasantness than me, maybe because he was born in the Soviet Union, certainly because he’s Capricorn. In light of that decision, I decided to interview him for this week’s column about our research so far and where we’re headed next.

Emily: Can you describe what happened in our apartment search the week we decided it was best for you to take over the search?

Keith: Was it the week Raising Raffi went out when we weren’t speaking? Or the week of my book party, which gave everyone COVID, including us?

Emily: All of this went on for a long, long week. But what was the final straw?

Keith: You found an apartment at 474 Grand Avenue, among all the shitty apartments you saw, loved. But I didn’t like it! I didn’t like all the construction across the street and the fact that it was so small you couldn’t fully open the fridge door or fit a chest of drawers in the master bedroom or the washing machine full-size dishes, nor that it all costs $5,200 a month. It just seemed like a bad deal, respectfully. And I was starting to feel like maybe this column, instead of alleviating your stress, was just adding to it. But since you had found a place where you were willing to settle down, and I was the one who didn’t want to, it just felt like I was the one to move on from there.

And the kitchen.
Photo: Emily Gould

Emily: For a minute, the purchase of a seat entered the chat! We really thought we were going to make an offer on 970 Kent Apt. G6. We passed very close but then decided not to for various reasons related to money, the market, the apartment itself (its lack of walls), but mainly because, as I I said, I was pretty convinced that adding “the buying process” to the pile of crap we currently have to deal with in our careers, our family lives, and the whole world would kill me. I would simply die. And also we would get a divorce.

Do you have any regrets? Do you think we should have moved? Do you still want to live at 970 Kent at some point in the future?

Keith: Well, as you know, I live in a constant state of regret. It is my first mode of existence. I don’t regret marrying you and I don’t regret our children, but I regret everything else. Remember I did it all n+1 book on regret — the flyer about regrets? So it’s no surprise that I actually regret not making an offer! The problem was that we didn’t have the money — between the down payment and the closing costs and the building of the walls, it was just this huge outlay of money that we didn’t have. And if we had managed to pull it together somehow, our monthly payments would have been so high that we would have had to stick together in our apartment (which we would own!) and never leave for fear of doing bankruptcy. So that wouldn’t have been great.

But would it have been worse than that now?

Emily: Who’s the funniest character you and I have come across in our research so far? For me, it’s a link between Elizabeth Stile, the angelic buyer’s agent, and Alan Medvinsky, the broker who grew up in Ukraine and Brookline and is struggling to find his own apartment right now. But I want to hear yours.

Keith: I’m a big fan of my friend Nygel, the broker I met because he represents an HFDC apartment in our neighborhood that we don’t qualify for. Nygel grew up in Clinton Hill in the 80s and 90s and he remembers what it was like – and he just doesn’t understand why people want to live here so badly. When I told him how much our owners wanted for our two-bedroom, two-bathroom (over a million dollars), he was in shock. He said it was crazy. He said he had never heard of anything like it. I really enjoyed this conversation – it was like talking to a reasonable person after all. I also liked Nygel’s formulation of our core problem once I told him how much money we made and he said it was too much to qualify for the HFDC. “You’re too rich to be poor,” Nygel said, “but you’re too poor to be rich.”

Emily: What is important to you in an apartment? I want to have light and air and a washer-dryer and a third bedroom in which to have a “room of my own”. Have you given more thought to what you want?

Keith: Our children are always very loud and energetic and always want to build forts by the sofa and jump on them, and I, meanwhile, still find quite often that I have to yell at them, very loudly, in Russian, so for this reason, the number one quality for me in an apartment is that it is soundproof. I hated when we lived above Mr. A and I had to yell at Raffi all the time just for running around. (There are so many other things more worthy of me shouting at him.) I admit, I’ve gotten used to having a dishwasher. I really, really like living within walking distance of our school; it makes our lives and those of our children so much easier. And finally, having lived on the Atlantic, I know now that I don’t want to live on the Atlantic. I don’t want to walk out of my house and see Atlantic Avenue. I like having a place to store our children’s bikes, scooters and buggies – all of our apartments have had these, but we’ve also seen a lot of apartments recently where you just walk into the kitchen, basically, and where are you supposed to put all your bric-a-brac? We have two children. Finally, I want to have a room big enough to fit two dressers. This way you could also have a chest of drawers. I think you deserve this. This is my dream.

Emily: We keep talking about “the apartment to live in to fight another day” or the “minimum viable apartment”. Can you briefly explain what these two terms mean to us?

Keith: The MVA, minimum viable apartment, is an apartment that doesn’t have all the dream qualities listed above but does have a few (sound proofing, say) so one could live there for a while and not kill or kill each other, so that when a little time has passed and we have recovered our strength, our resilience and some money, we can re-enter the market and try to buy something to live on until our children go to university. We could live to fight another day.

This turned out to be easier said than done. You found a place that was basically an MVA and I found myself vetoing it due to lack of room for a dresser and cost. I think cost is a major factor. We don’t really manage our resources and live to fight one more day at $5,200 a month, especially when on top of that we have to rent storage space from CubeSmart for our books. Also, not stressing that, but I’m afraid if I didn’t have a chest of drawers my clothes would be all over the place and you would kill me, in effect, which would mean I wouldn’t live to fight another day – or even live.

And I would love to live with you one more day, and many, many days, in fact.

Emily: How does it feel to continue to live in our current apartment when it has been sold under our feet? I myself have used the expression “like fucking a corpse” to describe the feeling. But maybe it looks different to you. How do you feel about that?

Keith: I feel differently. For our children, it is still their apartment. It is still close to all our activities. Our rent is still, for the moment, given the current market, at a reasonable price. So while I understand your thoughts, for me it’s a great place to fight that last battle to find a new place to live.

Emily: What is our next step (in research?)

Keith: We are moving forward on several fronts. I am in almost daily contact with T, our former agent who found your apartment on Ryerson and our apartment on Franklin, who has a lot of good contact with landlords in Bed-Stuy and says he expects to receive a flood of August 1 (and some September 1) announcements after the first of the month. And we get a lot of great leads from friends who know people who are moving, and we’re going to visit each of those apartments and see if one of them works for us. I just feel like that’s not too much to ask – two bedrooms, two bathrooms, dishwasher, washer dryer, enough room in the master bedroom for a small dresser, enough room in the living room for a dining table and sofa, less than a mile from PS 11, and $4,500 or less. Really, I don’t think I’m crazy asking that.

But I still think the plan to eventually move into a friend of a friend’s apartment after moving to a larger unit in the same building in September is our best bet. I recognize that this involves a tolerance for uncertainty – we won’t know for sure if this is a departure until the first week of August, by which time we will already have moved out of our current flat and our belongings will be in storage – that is quite intolerable. But remember this Joyce the school lady says – she says a lot of movement happens the first week of September, or rather the first week of school, because the people who were supposed to show up don’t show up, and those places are taken up by other people, including the squares then open, etc., and that if you can bear it, you can move that week. The first week of August is our first week of September! We just have to find a way to support it. 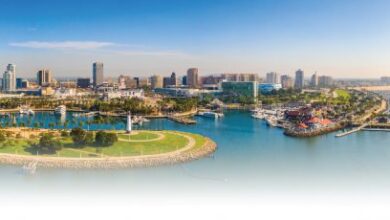 The Best Apartments in Chicago by Neighborhood 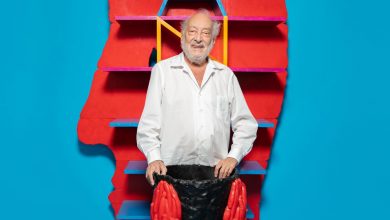 Finally, the World Has Caught Up With Gaetano Pesce